Super Eagles star and Atsen midfielder, Alex Iwobi has officially signed a new long-term contract with Arsenal.
The 22-year-old joined Arsenal as a nine-year-old and has come through the Hale End Academy.

Since breaking into the first team in 2015, Iwobi has made 98 appearances, scoring nine goals.

“I’m very pleased Alex has signed a new contract with us. He is a great example of a player who can succeed from the Academy through hard work and I look forward to working with him and our other talented young players in the squad”. 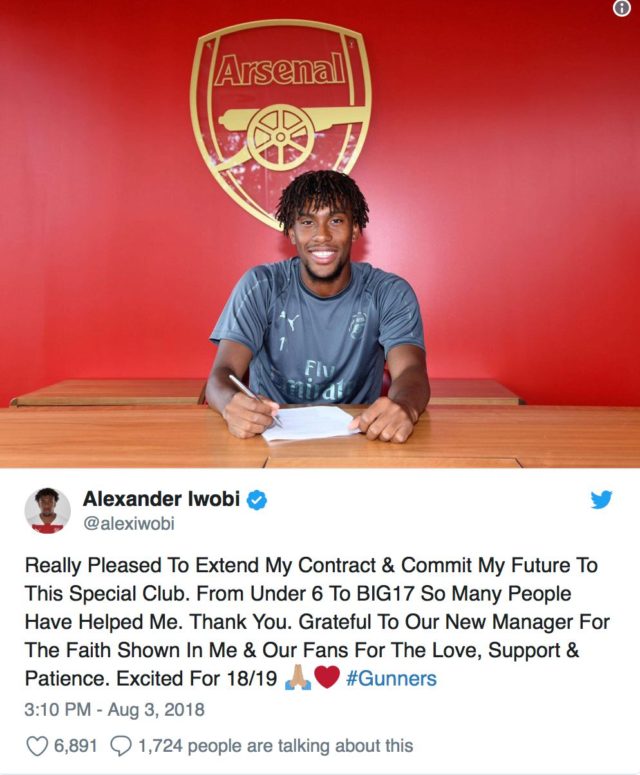 Alex Iwobi is also pleased to be signing the contract. In his words:
“To get an extended contract is an amazing feeling and I hope I’m doing the Arsenal family proud,” Iwobi said. “The first kit that I had was Arsenal and long may I continue to represent them.”