Apple has become the world’s first trillion-dollar company on Thursday, after a rise in its share price pushed it to reach 10 digits valuation, beating retail giant Amazon to the honour.

The company, co-founded by the late Steve Jobs in 1976, reached the milestone on Thursday as its shares hit $207.05, driven by strong financial results a day earlier, which was better than what Wall Street had predicted. 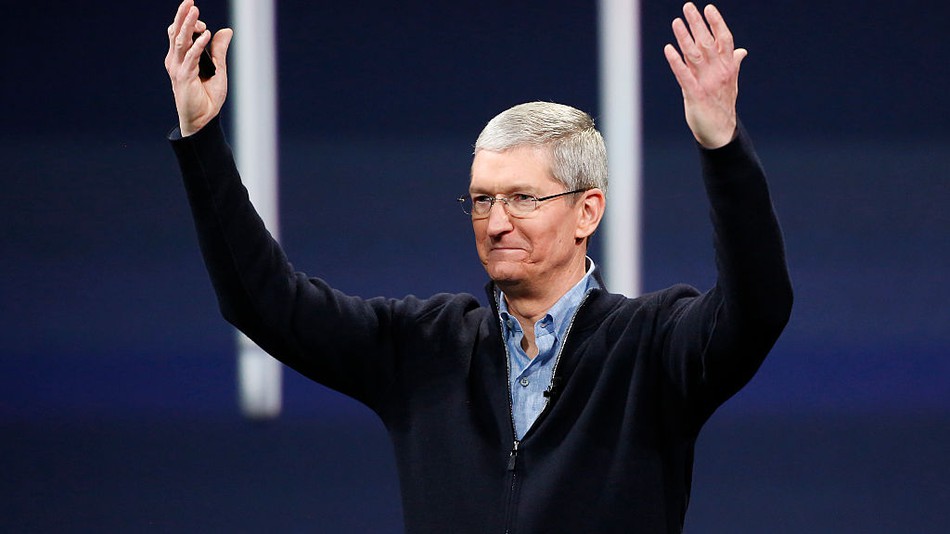 The Tech company made profit of $11.5bn in three months after record sales of its products pushed the company’s valuation from $935 billion to the $1 trillion mark on Thursday.

This also comes on the back of strong growth throughout the year for the Tech giant, according to Apple’s finance Chief. Luca Maestri.

The closest in valuation to Apple, and most people’s favourite to reach the milestone first, Amazon have been left scrabbling, even though it also posted better than expected financial results last week and is currently worth $883 billion, while Alphabet – Google’s parent company – is worth $845bn.

The first company to hit the $1billion mark was US Steel, who reached the valuation in 1901. Apple hit the $1 trillion mark a mere 41 years after being founded.

READ ALSO: FACEBOOK STOCK COLLAPSE, WIPES OUT $119 BILLION IN MARKET VALUE IN WHAT IS BIGGEST ONE DAY VALUE DROP IN CORPORATE HISTORY

Apple started by selling desktop computers in 1976, but its fortunes changed once it delved into the personal gadget space with the iPod in 2001 and later, the iPhone, in 2007.  Since then, the company have sold 18 different iPhones and more than 1.2 billion of the phones.

While most of the company’s early successes were due, in large part to the brilliance and foresight of Steve Jobs, his successor, Tim Cook has taken the company to new heights and has made the company grow 2000% since the death of the co-founder.