Following the high turnout of 70% voters on Monday’s polls, state broadcaster ZBC has reported that the electoral commission will announce the presidential results at 12:30 local time (10:30 GMT).

Results coming in from the Zimbabwe Electoral Commission (ZEC) shows that the ruling party, Zanu -PF have a majority in Parliament. Races in some constituencies were so close that they could have gone to the opposition Movement for Democratic Change (MDC), had it not been split between Nelson Chinamasa’s MDC Alliance and Thokozani Khupe’s MDC-T.

The ZEC said of 210 parliamentary seats, 153 had been counted with ZANU-PF winning 110 and the MDC Alliance 41.

Main opposition party has accused the ruling party of attempting to rig the vote to allow President Mnangagwa to win. According to them, Mr Chamisa won the presidential election, sparking street celebrations by supporters on Tuesday.

A Zanu-PF spokesman dismissed the opposition’s allegations of interference, telling the BBC he had “no clue” what Mr Biti was talking about. Home Affairs Minister Obert Mpofu said those who violated election rules by prematurely declaring victory risked incurring the “wrath of the law”. 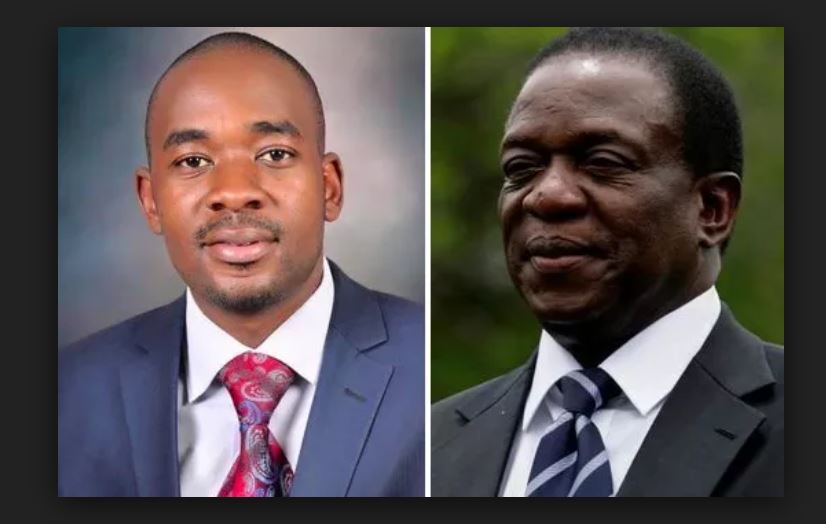 According to the African Union, the elections were free and fair and it marked an important moment for political transition in Zimbabwe. Also, in a report by the Southern African Development Community (SADC) observer mission, the elections was peaceful and conducted in accordanemce with the law.

Angola’s Foreign Minister, Manuel Domingos Augusto, called the poll “a political watershed in Zimbabwe’s history” that would lead to “consolidation of democracy”.

EU and US election monitoring teams are to issue their reports later on Wednesday. With elections under Mugabe marred by fraud and often deadly violence, his successor Mnangagwa, 75, had promised a free and fair vote and invited international observers.