Singer, Dr Sid has shared his side of the story of Mo’hits split that rocked the industry a few years back.

Dbanj, had earlier accused Dr Sid as the reason for the breakup. He said Dr Sid was jealous because he felt Dbanj was overshadowing his glory. 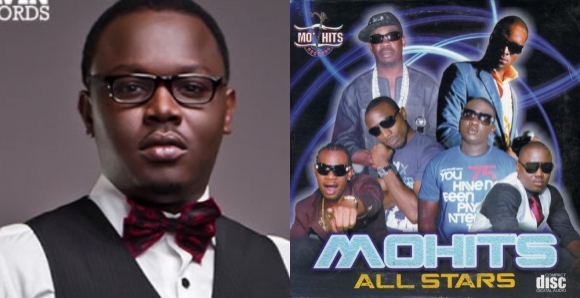 Speaking in a new interview however, Dr Sid responded to these accusations.

“It was very painful because anybody that knows me knows that I am a team player. I will sacrifice my personal gain for the sake of the team. Next to D’banj in Mo Hits, there was nobody who could command a stage like Dr Sid, but I never was the guy who threw myself out there, I was all about how to make the team better.”

“When somebody names you as the reason why something like that happened, it hurts especially when you know the truth”. / “For me, I fought hard to keep it together. I guess it just wasn’t meant to be”. / “So for that situation to go down like that and people turn on me like that, I spent a lot of night crying and it really affected me in a lot of ways, but I have moved on.”

It should be noted that trouble started within this famous group after Dbanj and Don Jazzy were signed to American rapper/producer, Kanye West’s Good Music label in 2010.

In 2015, Dbanj spoke on why Mohits broke up. He said Don Jazzy expressed his discomfort with staying in New York and leveraging their new contracts when they could remain in Nigeria where they were “already bosses.”

According to Dbanj, Jazzy remained unconvinced and eventually sought to dissolve their partnership.

Dbanj said things came to a head at a general meeting in 2011, where the entire Mo’hits crew, including his own brother, K-Switch decided they did not want to work with him any longer.

Still, it is unclear why Dbanj singles out Dr Sid in particular.
After Mo’Hits split in 2012, Don Jazzy moved on to form Mavin Records which initially included Wande Coal, D’Prince, Dr Sid and Tiwa Savage.