Birthday wishes were sent to Rowling on Twitter appreciating her work. One tweeted: “I’m all emotional. Feels like yesterday Harry was 11, on his first train to Hogwarts and now he’s 38. Thank you J.K. Rowling for giving us a blessing in Harry Potter.”

Joanne Rowling known as J.K Rowling was born on this day in 1965 near Bristol, England. She attended England’s University of Exeter where she studied French and later worked for human-rights organization Amnesty International in London and as a language instructor in Portugal.

Her idea for Harry Potter was birthed on a train ride from Manchester, England to London in 1990. She began writing the first book that night. Rowling finished the book while living in Edinburgh, Scotland, where she struggled financially as a single mother and battled depression.

Beginning in the late 1990s, Rowling’s seven Harry Potter novels became international blockbusters – after the manuscript was rejected by a number of publishers before getting acceptance from Bloomsbury Publishing in 1996 – selling over 400 million copies and being translated into more than 60 languages. The books also spawned a series of movies, video games and other merchandise that made Rowling one of the wealthiest people in the entertainment industry. 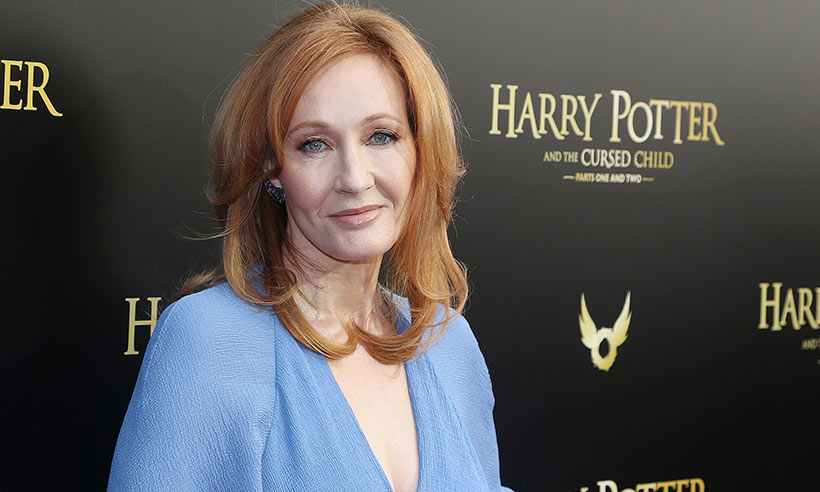 Harry Potter tels the story of a boy wizard Harry, his friends Ron Weasley and Hermione Granger, their adventures at the Hogwarts School of Witchcraft and Wizardry and Harry’s struggles against his enemy, the evil Lord Voldemort.

On November 16, 2001, the first Harry Potter film, Harry Potter and the Sorcerer’s Stone, opened in America and was a huge box-office success. It was directed by Chris Columbus and starred British child actor Daniel Radcliffe as Harry Potter, Rupert Grint as Ron and Emma Watson in the role of Hermione. A roster of celebrated actors took supporting roles in the film and its various sequels, including Ralph Fiennes, Maggie Smith, Alan Rickman, Emma Thompson, Richard Harris and Gary Oldman.

Rowling thanked everyone who wished her a happy birthday. She tweeted to her 14.3 million followers: “I’m a long way out of my usual time zone and have just woken up to hundreds of early birthday greetings! Thank you.”