Popular singer Alicia Keys and husband Swizz Beatz are 8 years old in marriage today. The beautiful couple got married, eight years ago on the 31st of July in the French island of Corsica in a small ceremony.

Alicia keys’ husband, Kasseem Dean, better known by his stage name Swizz Beatz, is an American hip hop rapper, DJ and record producer from New York City, New York. He took to Instagram to celebrate today with beautiful pictures of his wife and himself, adding the caption: 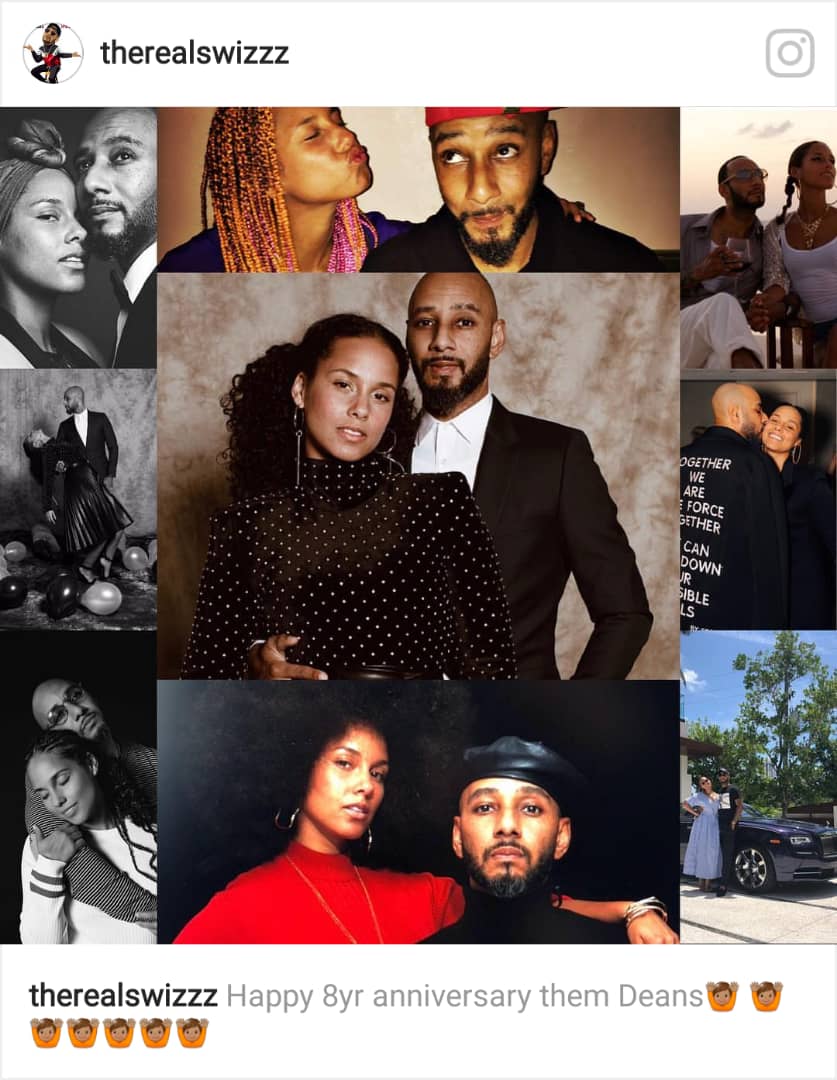 “Happy 8yr anniversary to them Deans”…
Their union is blessed with two children while Swizz has three other children from previous relationships.

Congrats to the lovely couple.