Zimbabwe Election! Mugabe Supports Opponent Rather Than Successor from his own party

Former president of Zimbabwe, Robert Mugabe has disclosed that he doesn’t support his successor, and candidate of his party, Emmerson Mnangagwa.

This was disclosed in a press conference on the eve of the country’s elections. According to Mr Mugabe he would not support his successor in the Zanu-PF party, Emmerson Mnangagwa, after being forced from office by the “party I founded”.

“I cannot vote for those who tormented me,” he said. “I will make my choice among the other 22 [candidates].” 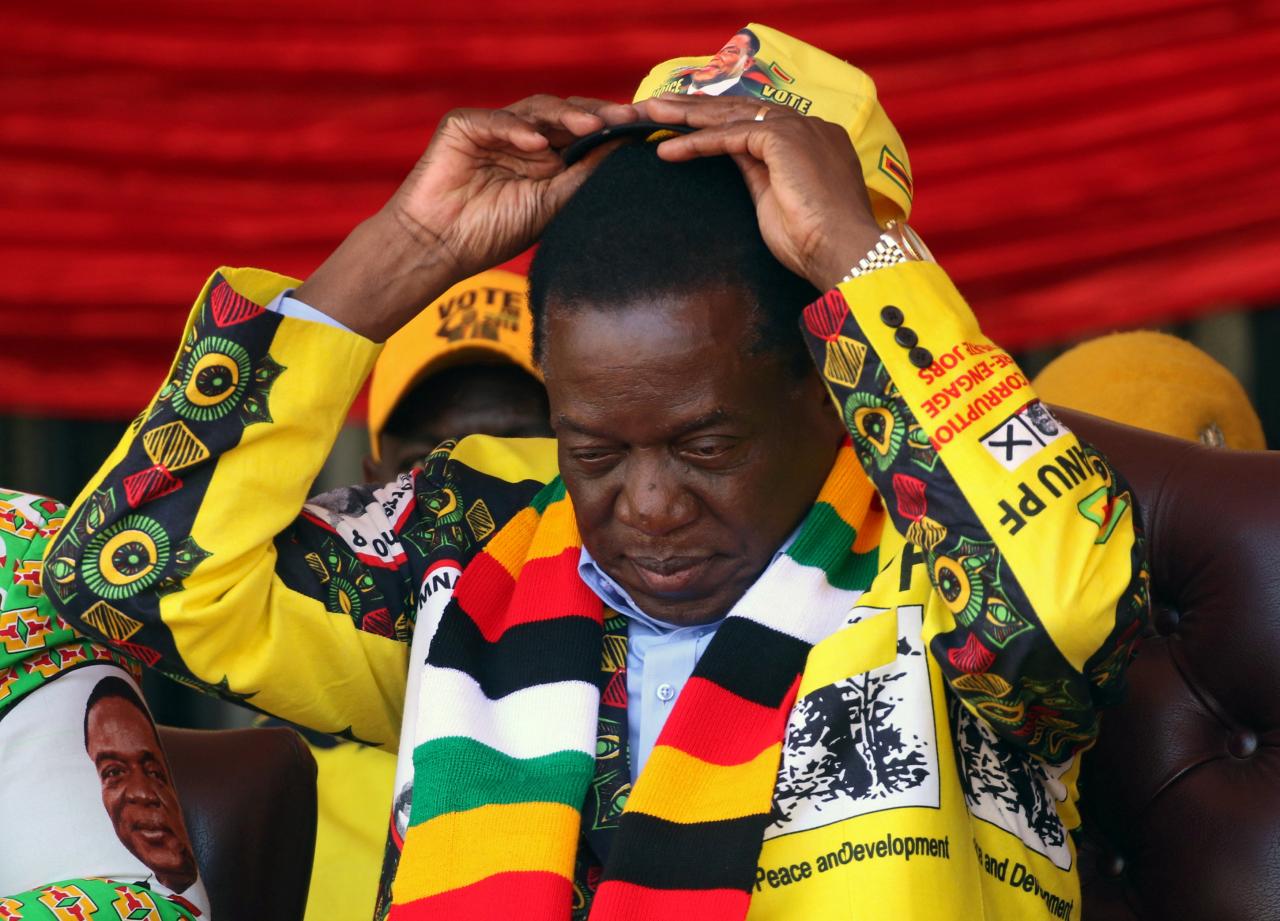 Mugabe was speaking from his home in the capital, Harare, on Sunday. The former president again said he had been “sacked” as part of a military coup and that he left office in order to “avoid conflict”. For him, he wish the leader of the opposition Movement for Democratic Change (MDC), Nelson Chamisa, do well in Monday’s vote.

“I hope the choice of voting tomorrow will throw, thrust away the military government and bring us back to constitutionality.
“Let tomorrow be the voice of the people to say never again shall we experience a period where the army is used to thrust one person into power.”

The former president denied claims that he intended to hand over the baton of leadership to his wife, Grace, saying it was “utter nonsense”, and suggested that ex-defence minister Sydney Sekeramayi should have taken over. He also added that, since he was forced from office last year, “the people of Zimbabwe have not been free”.

His speech focused more on criticising the current government led by Emmerson Mnangagwa, once a close ally. He believes President Mnangagwa’s rise to the top job was illegitimate and unconstitutional.

Robert Mugabe has been away fron the public face since his unceremonious removal from the presidency last November. If Sunday’s surprise press conference is anything to go by, the former statesman has not forgiven those who took his Zimbabwe away from him.

Voting will be conducted in presidential – 23 candidates on the presidential ballot – parliamentary and local elections.

Frontrunners in the presidential election are Zanu-PF’s President Mnangagwa, 75, and the MDC’s Mr Chamisa, 40.
President Mnangagwa, who has survived sereval assassination attempts, has promised to deliver jobs and is seen as open to economic reforms.

Mr Chamisa, who became an MP at the age of 25, could become Zimbabwe’s youngest president. He is known for his wit and humour, and as a lawyer and a pastor his rallies and news conferences have taken on the fervour of a revivalist campaign.

Zimbabwe is known as a cash-strapped and impoverished country, which has known decades of repressive rule. Some of the economic issues the country face include issues of investment, education, healthcare and jobs – some estimates suggest that the unemployment rate in Zimbabwe is as high as 90%.