While the North have had the most opportunities in Governance since Nigeria gained independence in 1960, the region still remains the poorest in the country.

This map below, courtesy of the “Oxford Poverty and Human development initiative” which shows the subnational poverty rate in the country clearly indicates the North still lagging behind other states in development.

According to the report, Zamfara state is the poorest in the country with 92% of its people living the poverty line, followed by Jigawa, Bauchi and Kebbi who have 88%, 87% and 86% respectively. 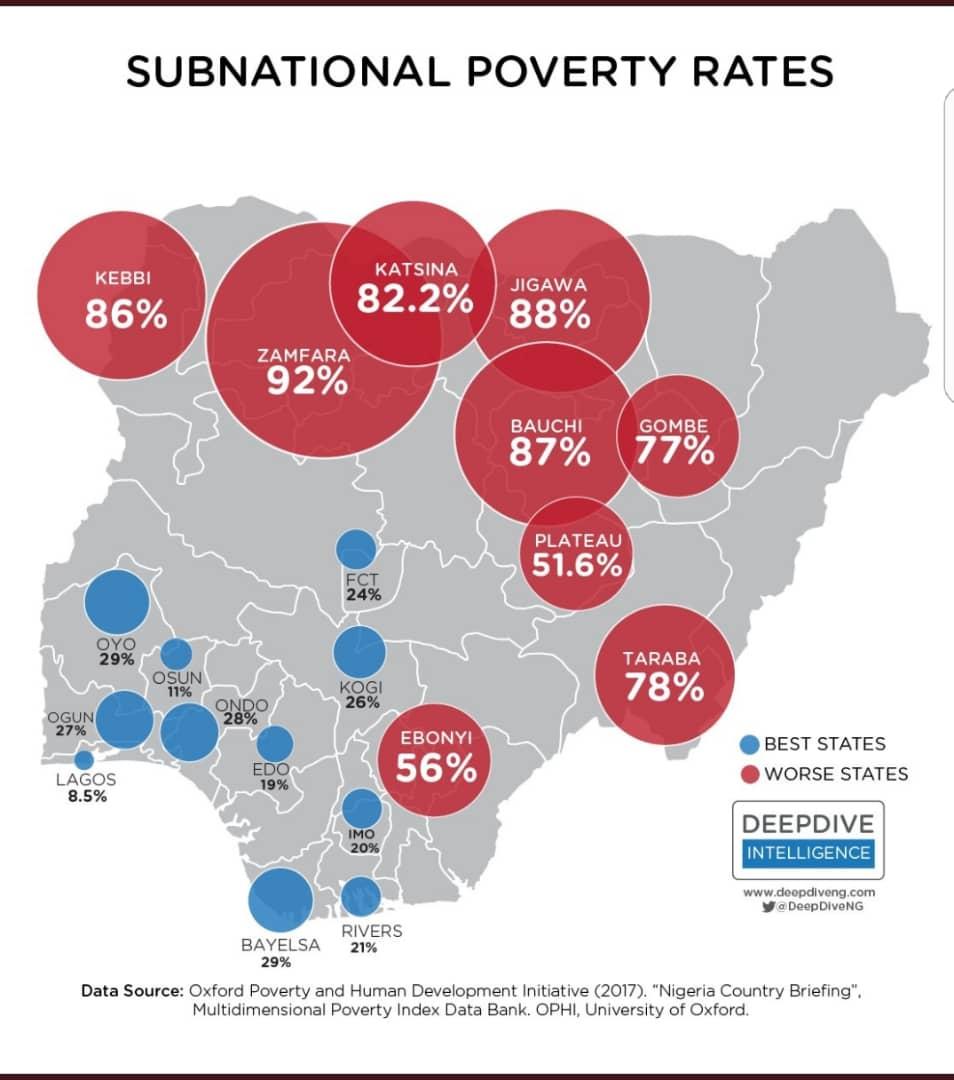 SIMI BLASTS LEADERSNG FOR LISTING HER AS ...