Banky W, Simi, and Debola Lagos were said to have been contracted With ?200M to work for Buhari’s reelection.

An investigation by LeadersNG into the activities of the promoters of 67million youth Initiative has revealed that many of them are proxy working for President Muhammadu Buhari’s re-election bid. 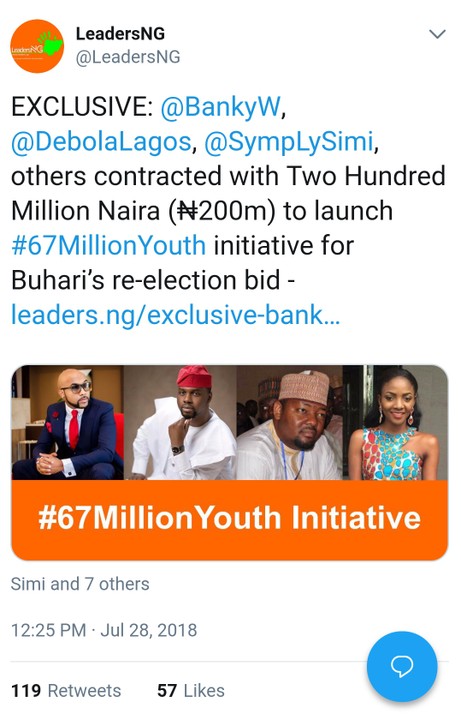 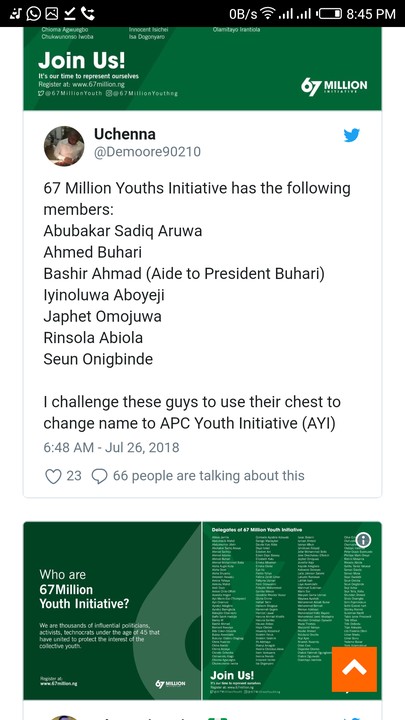 A presidency source who pleaded not to be named told LeadersNG that the Senior Special adviser to the president on Social Investment Programs, Ismael Ahmed is the brain behind the project.

The source further stated that many of the promoters of the project were actually those that worked for President Buhari’s emergence in 2015.

The source said, it was not an easy task in convincing the promoters to get on the project as many of them voiced out their frustration with the administration and the manner they were discarded after helping the president to win the 2015 election.

LeadersNG also gathered that one of the delegates, Nigerian R&B artiste, Bankole Wellington AKA Mr Banky W has been contracted by President Buhari’s administration to promote the president’s re-election bid under the guise of the 67millionYouth initiative. His colleague Simi is alleged to have been contracted also.

However, many of the delegates LeadersNG spoke with before filing this report said they were surprised to find their names on the list as they were not informed before putting up their names.

Nigerian singer “simi” has also taken to her Twitter page to blast the LeardersNG for listing her among the #67MillionYouth who collected Two Hundred Million Naira (?200m) to launch #67MillionYouth initiative for Buhari’s re-election.

First Of All, I’ve NEVER EVEN HEARD OF this initiative!! Second, only an illiterate, desperate, useless and misguided “news” platform would put up something so incriminating, without doing their research. If you believed this with no proof, you’re kind of part of the problem!
If you even really know me, you know what I stand for. I don’t pretend about it!! I’m not quiet about it!! So if some random outfit posts something like this for attention, and you are quick to accept it as truth without actually confirming, it’s disappointing!”