Top English football club, Everton will complete the signing of Barcelona defender Lucas Digne for £25 million in the next 24 hours. 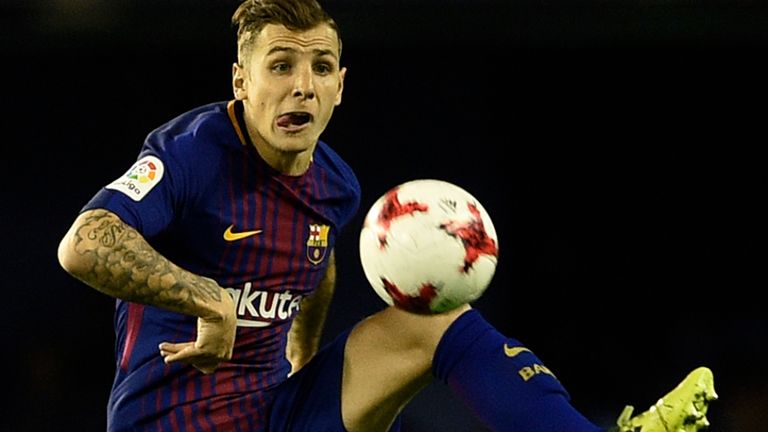 The France international left-back has been with the Barcelona squad for their pre-season tour of the United States and was an unused substitute in their penalty shootout win over Tottenham.

The La Liga champions have confirmed he is returning to Spain in order to finalise a transfer and Sky Sports News understands a deal was agreed on Sunday night.

They tweeted: “Lucas Digne travels today [Sunday] to Barcelona with the club’s permission to finalise his departure from the club.”

Digne has made 46 appearances since joining Barcelona from Paris Saint-Germain in July 2016 but he fell out of favour under coach Ernesto Valverde last season and missed out on a place in France’s World Cup squad.

Digne will become Marco Silva’s second signing since taking charge of Everton. He captured Richarlison from former club Watford last week for a fee believed to be around £40m.