Yemi Alade has narrated a mean treatment she suffered in the hands of an air hostess during a flight to the United Kingdom.

The Afro-pop singer alleged that she suffered racial discrimination from an air hostess but refused to share details of the airline in her Instagram post on Thursday, July 26, 2018. 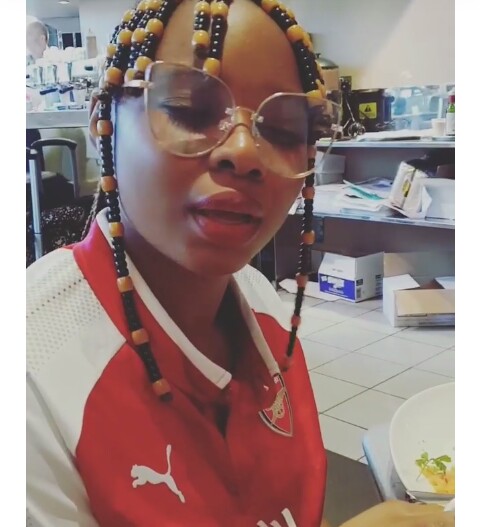 Yemi shared a video where she narrated her disappointment at how she was treated because of the way she looked.

She wore an Arsenal jersey in the video, obviously what she wore on the plane, the singer said the hostess estimated her worth by her appearance.
She wrote on her Instagram video:
“…One of the hostesses basically grab my legs and shook it to wake me up and I was dazed at the behaviour because I was in a deep sleep….” she narrated.

“Have you ever been poorly treated by an air hostess? Racial discrimination is a No No! Treat people with respect! It shouldn’t be sizing people up so you can address them according to your mental estimate. It’s inhumane.”

Joke Silva and Olu Jacobs are my ...