Ozil scores on return as Arsenal beat PSG 5:1 in Singapore

Mesut Özil ended a trying week off the pitch with a goal in Arsenal’s 5-1 victory over a makeshift Paris St-Germain side at their pre-season International Champions Cup game in Singapore on Saturday. 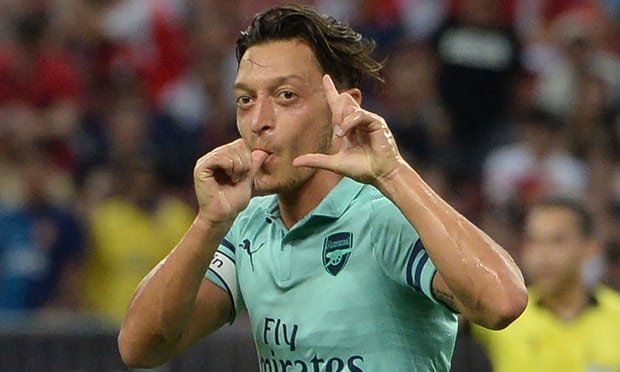 Özil quit the German national side last Sunday racism, but the Arsenal playmaker looked refreshed and happy as he led Arsenal out for the game.

The Premier league club fielded a strong team with Özil as captain and the Premier League side took charge of proceedings earlier on in the match as their make-shift opponents found it hard against the more experienced Gunners.

Özil didn’t take long to stamp his imprint on the game as early as the 13th minute after Pierre-Emerick Aubameyang had raced clear down the right and sent a low cross into the German’s path. 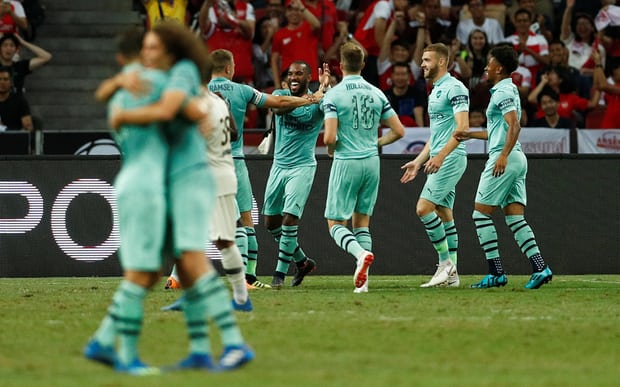 The French champions offered little in the first half and were lucky to not concede more going into the second period.

Threy soon found a way back into the game after Sead Kolasinac brought down Weah in the box. Nkunku coolly sloted past Martinez in the Arsenal goal.

It didn’t last long as Lacazette scored a superb header to put the Gunners ahead once more, before adding to his tally while Holding and Nketiah put gloss on the scoreline to make it an emphatic win for Emery’s men.

Nigerian Passports to now have 10 years ...