Olamide Reacts After Being Compared To Slimcase 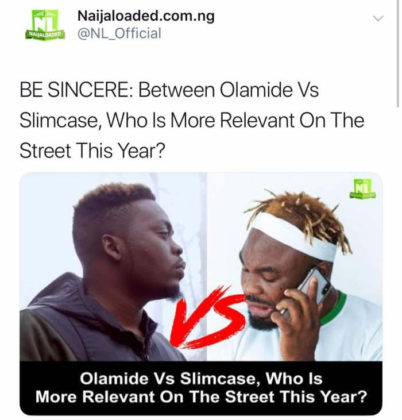 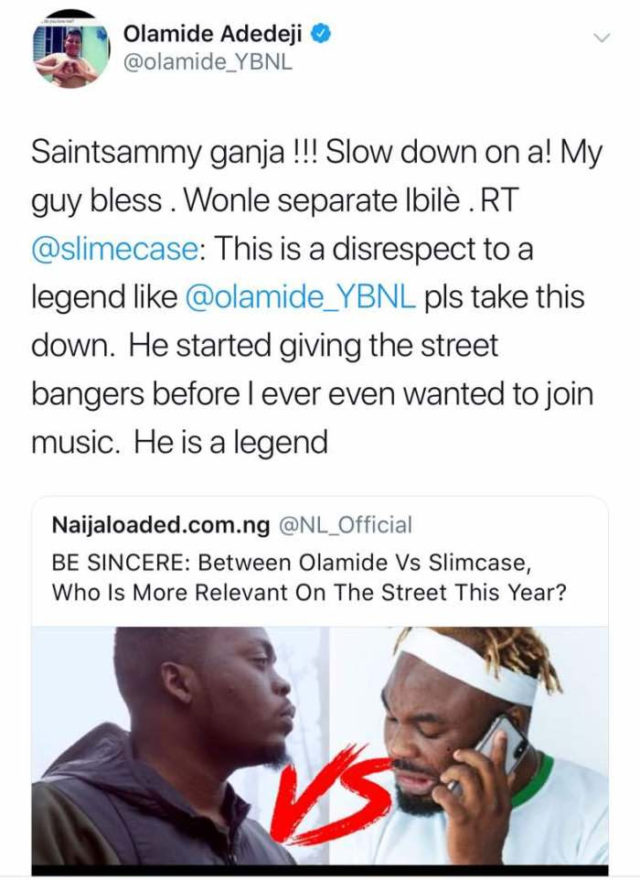 As expected fans of Olamide were quick to rubbish the post and point out that it’s disrespectful to compare an upcoming artist like Slimcase to Olamide who has played a very important role to the Nigerian music industry.

Slimcase himself also had this to say; “This is a disrespect to a legend like Olamide, pls take this down. He started giving the street bangers before i ever wanted to join music. He is a legend”

Olamide then responded saying no one can separate the street.

“Saintsammy ganja !!! Slow down on a! My guy bless. Wonle separate ibile”.