Nigerians on Twitter have asked the social media platform to deactivate the account of the Assistant Commissioner of Police, Yomi Shogunle for mocking the #EndSARS campaign.

Shogunle has never hidden his disdain for the movement and has, infact, on numerous occasions insisted that most of the videos surfacing online about the Anti-robbery Squad unit were fake and without substance.

Nigerians, it seems, have had enough of him on Twitter after he tweeted that he was going to #EndSARS if Nigerians retweeted his tweet 186 million times. 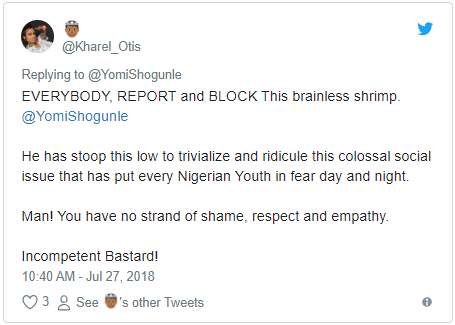 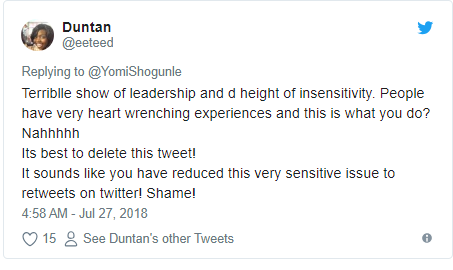 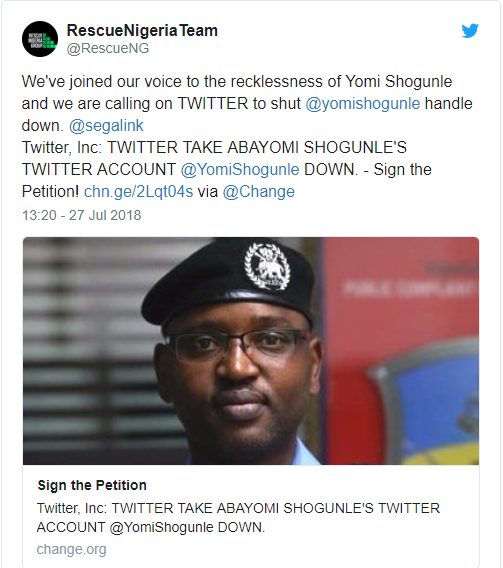 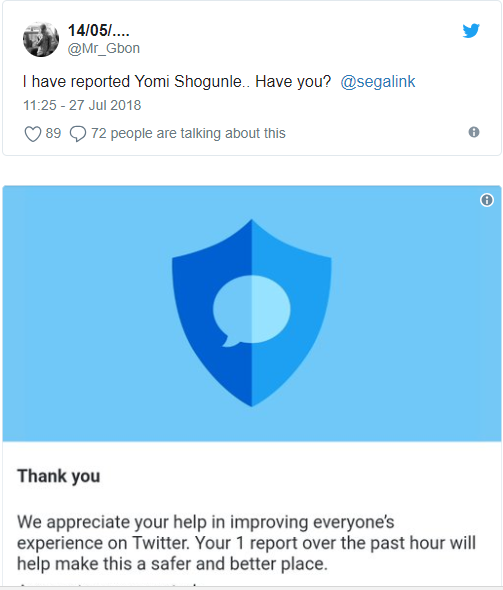 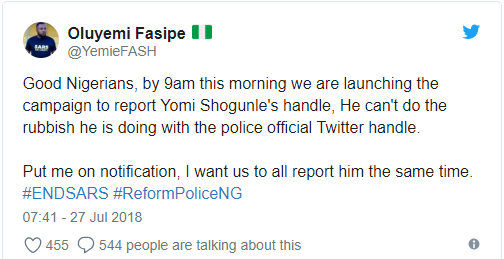