US. Gymnastics Doctor, who was accused by over 200 women of sexual abuse Assaulted in Prison

USA Gymnastics and Michigan State doctor Larry Nassar is said to be assaulted by inmates at the Arizona prison where he is serving his sentence for sexual assault and child pornography charges.

According to court documents, Nassar was allegedly attacked “within a few hours of being placed in general population” in late May. The documents were filed on Tuesday, July 24, in Ingham County Circuit Court, Michigan, by Nassar and his attorneys.

Nassar’s lawyers are blaming – partially – the occurrence on Judge Rosemarie Aquilina who presided over the USA Gymnastics sex abuse case and sentenced him in January to up to 175 years in prison.

The document reads thus:
“The judge allowed the proceedings to devolve into a free-for-all, in which speakers were given free reign to denigrate the defendant, sometimes in profane terms; to wish physically harm upon the defendant; to disparage and ridicule his constitutional rights, including his right to counsel; to accuse entities and institutions of wrongdoing; and even to accuse uncharged individuals of wrongdoing and crimes, including calling for their incarceration or other punishment. “Unfortunately, Judge Aquilina’s comments and conducting of the sentencing proceeding appeared to encourage this type of behavior.”

Over 200 women accused Nassar of sexual abuse dating as far back as 1997. Nearly 150 of Nassar’s survivors, including Olympian Aly Raisman, former gymnast Sarah Klein and and softball player Tiffany Thomas Lopez, came together to accept the Arthur Ashe Courage Award at the 2018 ESPY Awards on July 18. 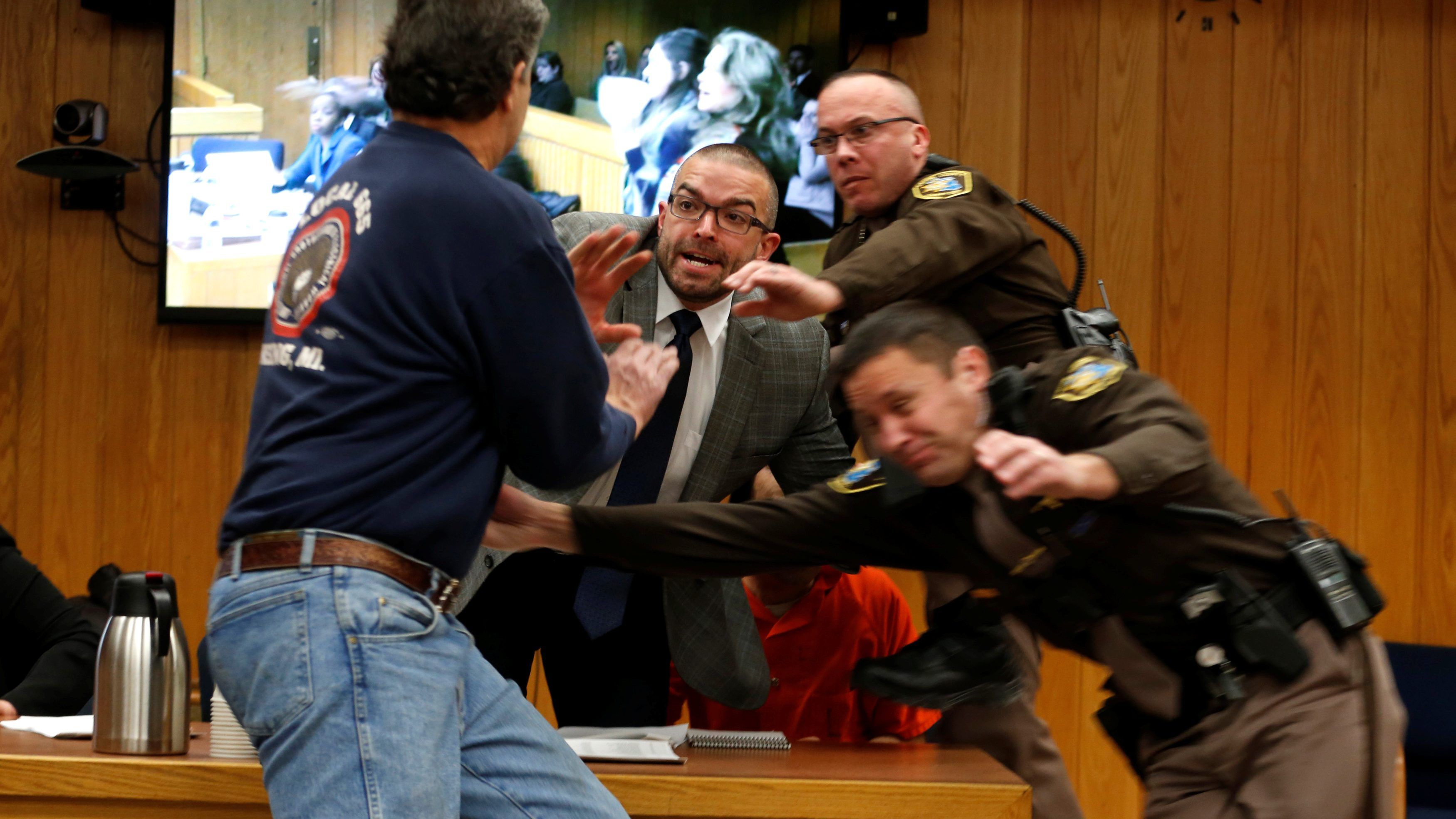 Raisman thanked judge Aquilina, who was in the audience.

“Judge Rosemarie Aquilina showed a profound level of understanding by giving us each an opportunity to face our abuser, to speak our truth, and feel heard. Thank you, Judge, for honoring our voices,” she said. “For too long, we were ignored, and you helped us rediscover the power we each possess. You may never meet the hundreds of children you saved, but know they exist.”