According to Premium times, Nigeria’s Attorney-General, Abubakar Malami, has told the police that there was no evidence that linked Senate President Bukola Saraki and Kwara State Governor Abdulfattah Ahmed to the armed robbery attack that left 31 persons dead in Offa, Kwara State, in April.

Mr Malami advised in a June 22 letter to the Inspector-General of Police, Ibrahim Idris, that the police would need to ramp up their investigation and also painstakingly explore all critical areas before identifying the Senate President as a suspect in the carnage, much less filing charges against him.

Yusuf Abdulwahab, Mr Ahmed’s chief of staff who was amongst state officials arrested for allegedly conspiring with the prime suspects, was also cleared, with the prosecutor saying “no evidence is credible enough to sustain any charge based on any offence known to law against him.”

The attorney-general’s office said only six prime suspects should be charged to court for armed robbery and murder which could draw capital punishment upon conviction. Olalekan Alabi, a personal assistant to Mr Ahmed, was also recommended for trial, but only on lesser charges of illegal possession of arms. 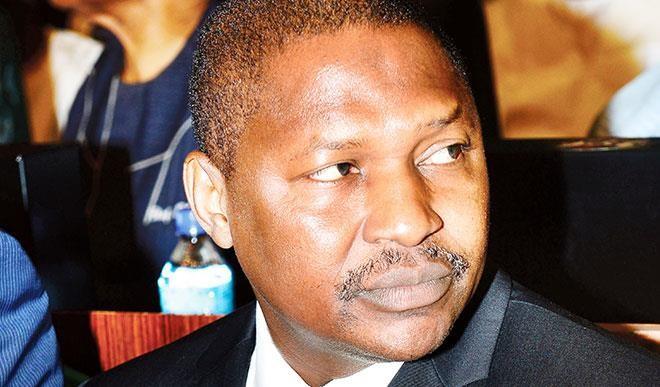 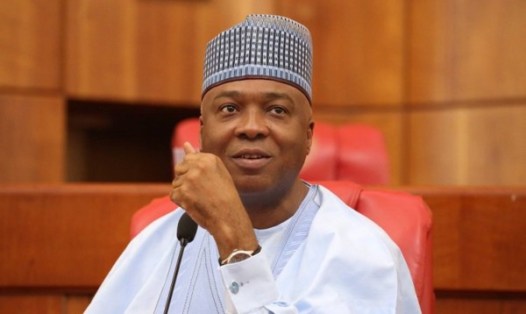 Mr Saraki hinted at the existence of the letter on Monday night as part of a fierce response to Mr Idris’ latest summon to him. The Senate President said the invitation, which he was asked to honour by 8:00 a.m. today, was unnecessary because the Director of Public Prosecutions had already informed the police that there were no sufficient bases to keep dragging him into the armed robbery.

“I am aware that following a request made by the Police on June 13, 2018 to the Director of Public Prosecution (DPP) of the Federation had written a legal advice dated June 22, 2018, in which he stated on page 5, paragraph (f) that “For the Senate President and the Kwara State Governor, this office is unable to establish from the evidence in the interim report a nexus between the alleged office and the suspects”.

At least five banks were raided and substantial amount of cash carted away when armed robbers stormed the polytechnic town on April 5. The police initially said 17 people were killed in the attack, including nine police officers, but continued to revise the figure upwards, apparently as some of those receiving treatments for critical wounds were passing on.

“For the Senate President and the Kwara State Governor, this office is unable to establish from the evidence in the interim report a nexus between the alleged offence and the suspects,” the prosecutor said.

At least 12 suspects were arrested at multiple locations within the first week of the attack. Six weeks later, the police said they had taken two more suspects into custody, including the alleged mastermind Michael Adikwu, after a composite CCTV picture of the suspects was circulated by the police.

Also, some officials of Kwara State government were also arrested and one of the vehicles allegedly used in the robbery was found in the home of a commissioner. All the state officials denied allegations, and some were later released without charges.

Mr Saraki was initially invited for questioning in early June, but this approach was later abandoned by the police who asked him to turn in a written response to the allegations instead. The police had been largely quiet about the matter, until the sudden invitation that was circulated.

In his statement on Monday, Mr Saraki said he denied all allegations of involvement in the planning or execution of the robbery in his June 7 statement to the police.

The Senate President said the police were a key actor in an elaborate, federal government-backed scheme aimed at railroading him into remaining at the ruling All Progressives Congress.

“This plot aimed at compelling me and my associates to stay in a party where members are criminalised without just cause, where injustice is perpetrated at the highest level and where there is no respect for constitutionalism is an exercise in futility and it will fail,” Mr Saraki said.

The scenes that played out throughout Tuesday largely confirmed Mr Saraki’s fears that the police were being used to executive a devious political gambit, PREMIUM TIMES found.

The first indication that the robbery investigation might have been politicised emerged when the Kwara State judiciary demanded that the suspects who were arrested and taken to Abuja over the case should be returned to the state. The institution said the state chief prosecutor had already concluded preliminary findings and had notified the court of a criminal proceeding into the case before the police abruptly seized the suspects.
While the suspects were being transferred to Abuja, Mr Saraki fired a preemptive short, alleging that the police wanted to use the suspects to implicate him. After spending days in police custody, the suspects allegedly confessed that Mr Saraki was their sponsor.

Mr Ahmed, whom the Senate President said tipped him off about the police ploy, also strongly denied all allegations he sponsored the suspects.

Authorities in Kwara contradicted the alleged confession, saying all the suspects wrote statements following their arrest in Ilorin and none of them mentioned Mr Saraki, much less incriminating him.

For the police to avoid a similar outcome with the latest allegations, they would need to work harder, the attorney-general’s office warned.

The six suspects recommended for trial were: Ayoade Akinnibosun, Ibikunle Ogunleye, Adeola Ibrahim, Salawudeen Azeez, Niyi Ogundiran and Mr Adikwu. The prosecutor said they should be charged with the offences of criminal conspiracy, armed robbery and culpable homicide punishable with death.

The confession the suspects allegedly provided to the police could be used to build up evidence against them in court, the prosecutor said. He also suggested that items stolen by the robbers from the affected banks and other places would further aid in investigation, adding that ballistic tests and forensic examination should be conducted.

But in a damning rebuke of the manner with which the police handled the investigation, the prosecutor said the particulars of the crime submitted against the suspects were contradictory.

“The weapons used in the attack were different from those allegedly carted away from the police armory,” Mr Etsu said for instance.

In another case, “Michael Adikwu’s voluntary statement was not attached to the file and should not be so,” the prosecutor said.

Curiously, the prosecutor said the police should ensure that the suspects are available to face trial. This appears a subtle acknowledgement of the raging controversy around some of the suspects, especially Mr Adikwu who was alleged to have been killed in custody.

Mr Adikwu was reportedly dismissed as a police corporal following his arrest in 2012 on alleged criminal offences. He was charged to court in Kwara State for compromising police operations and releasing armed robbery suspects. He reportedly escaped from prisons in 2015 and joined armed robbery gangs.

The police fiercely rejected claims that Mr Adikwu had been killed in custody to hush details that could expose potential anti-Saraki conspiracy within the police, but declined repeated demands to parade him once again for Nigerians to know he is still alive.