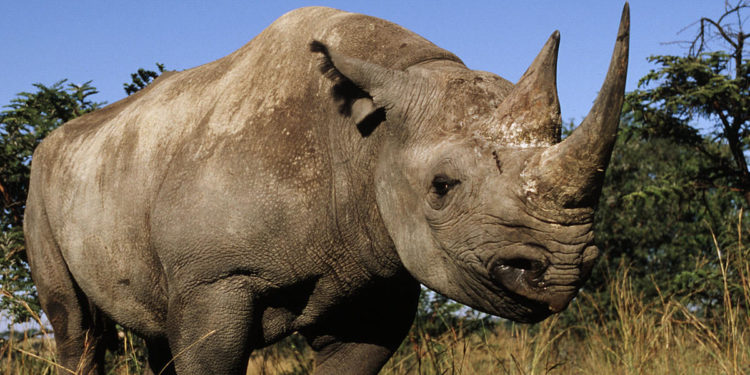 The government of Kenya has announced the death of a tenth rhino after being moved to a different Kenyan national park.

Results of investigations into previous deaths of the animal was also announced by the government. Autopsies carried out found the water at the endangered black rhinos’ new home, Tsavo East National Park, was too salty and harmful to them.

The rhinos were taken there in an attempt to start a new rhino population. Eleven rhinos were moved. The survivor was injured in a lion attack.

After the death of eight rhinos, the Kenyan government launched an investigation led by the Directorate of Criminal Investigations.

Speaking at a press conference, Tourism Minister Najib Balala confirmed the initial belief that water with a high concentration of salt at Tsavo East had harmed the rhinos.
Before the government moved the rhinos, samples of the water had been taken but the results were not considered, he said.

The minister added that the rhinos that were examined had died from dehydration, upper respiratory tract bacteria and gastric ulcers.

Government officials were blamed by the minister for negligence, poor co-ordination and poor communication which caused the deaths.

Estimates suggest there are fewer than 5,500 black rhinos in the world, all of which are located in Africa and some 750 in Kenya.

Rhinos are often moved when their populations outgrow their surroundings. Last year, Kenya witnessed the death of nine rhinos and in March this year, the world’s last surviving male northern white rhino passed away.

Amazing August on DStv and GOtv with ...