Amid accusations of vote being rigged, former cricketer Imran Khan has claimed victory in Pakistan’s election. In a television address, he said: “We were successful and we were given a mandate.”

His PTI party is still expected to fall short of an overall majority and to seek coalition partners. Campaigning was marred by violence and on the day of voting, a bomb killed 31 people at a polling station.

Imran Khan is a former international cricket star who captained Pakistan to a World Cup victory in 1992.

Mr Khan, 65, struggled for years to turn popular support into electoral gains. He launched his Pakistan Tehreek-e-Insaf (PTI) in 1996 but he was the only candidate in the party to win a seat in 2002. In 2008, the PTI boycotted the vote. 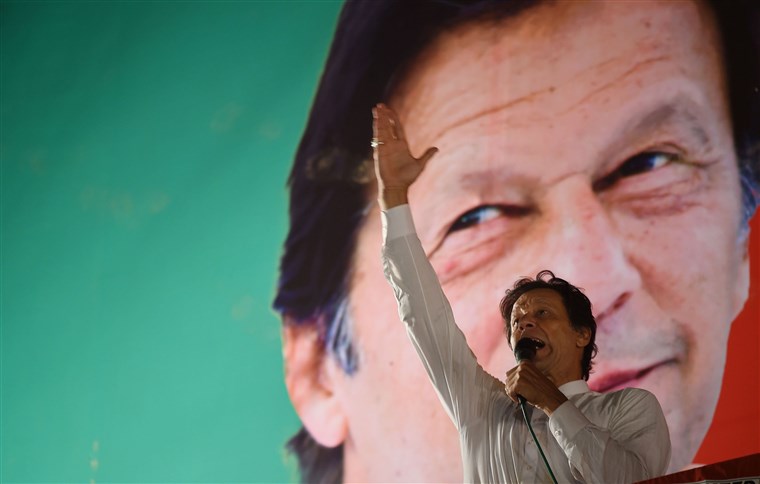 Although he has long been one of Pakistan’s best-known faces internationally, he spent years on the political sidelines. That led to teasing – for some Imran Khan became “Imran Khan’t”.

Until 2013, the PTI was looked down upon, however, things became bright for the party when it narrowly missed becoming the second largest nationally.

But five years on, he is tipped as a leading contender for prime minister in Pakistan, a nuclear-armed Islamic republic and a potential flashpoint because of its rocky relations with India and Afghanistan.

However Mr Khan has faced accusations – which he denies – that his election is benefiting from military interference in the nuclear-armed republic and that its intelligence service has been working behind the scenes against his key rivals.

The charismatic aristocrat who captained Pakistan to a World Cup victory in 1992 has long shed his celebrity playboy image and now styles himself as a pious, populist, anti-poverty reformer.

The former cricketer promises a “new Pakistan” and an end to corruption if he wins the general election.

In the light of his victory, he has called and appealed to his rivals to join hands with him to develop Pakistan.