DAVIDO’S GIRLFRIEND, CHIOMA REACTS TO REPORTS THAT SHE ABANDONED SCHOOL

Davido’s girlfriend, Chioma has reacted to reports that she abandoned her education to be with the OBO crooner. The chef wasn’t pleased with the reports that has been going round on social media for a while now.

Earlier on Wednesday, the social media was agog with reports that Chioma abandoned her education in Babcock University. 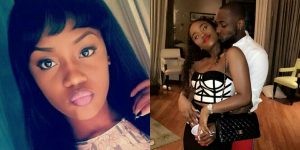 The report claimed that her father is unhappy with her refusal to focus on education and become a graduate before getting married.

According to the viral report, Chioma is expected to have graduated since 2016 after she gained admission to study Economics in 2012. However, she is still in her third year.

“If you are unsure about any news, Shut up,”.

US. Gymnastics Doctor, who was accused by ...