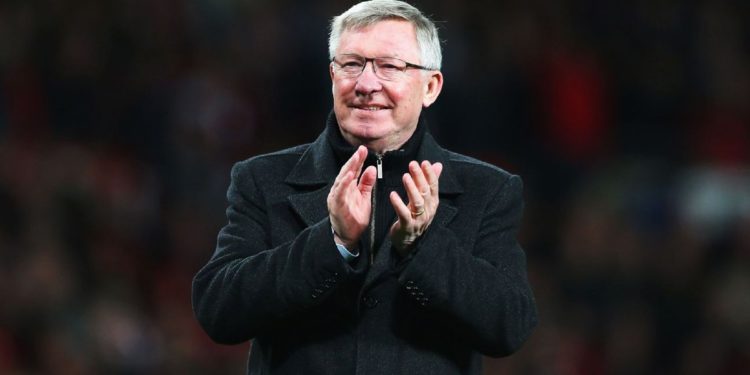 Former Manchester United Manager, Sir Alex Ferguson has spoken publicly for the first time since his brain surgery in May.

In the video posted by Manchester United, the 72 year old thanked his well wishers, as well as the medical staff of the hospital he was admitted to and said he intends to watch Manchester United at Old Thraford this coming season.

On Saturday 5 May, the football world was rocked by the news that Sir Alex Ferguson had undergone surgery for a brain haemorrhage.

Since then, the most successful manager in English football history has battled in a way only he knows how.

Today, we bring you a special message. pic.twitter.com/NgGejgM46e

Ferguson said: “Hello. Just a quick message first of all to thank the medical staff at Macclesfield, Salford Royal and Alexandra hospitals. Believe me, without those people who gave me such great care I would not be sitting here today. So, thank you from me and my family. Thank you very much.

“It has made me feel so humble, as have all the messages I have had from all over the world, wishing me the best, and the good wishes do resonate very, very strongly with me. So thank you for that support you have given me.

“And lastly, I will be back later in the season to watch the team. In the meantime, all the best to José [Mourinho] and the players. Thank you very much.”

Ferguson had emergency surgery for a bleed on the brain on May 5th. He was in the intensive care ward for three days at Salford Royal Hospital. He was released from hospital four weeks later, in early June.

Ferguson was last seen publicly at Old Trafford when he presented former Arsenal manager Arsene Wenger with a commemorative trophy during United’s game against Arsenal in April.

“Home Alone” movie is getting a Remake ...