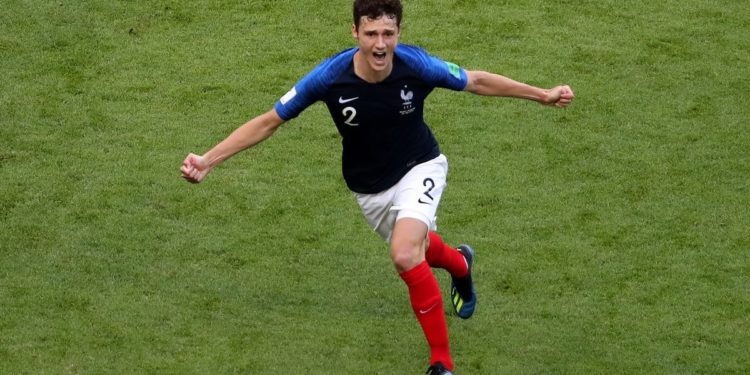 VFB Stuttgart and French right back, Benjamin Pavard’s brilliant strike for France against Argentina has been voted as the best goal of the World Cup.

Pavard levelled the round-of-16 game for France against Argentina with a sensational strike with the outside of his foot from distance, which the goalkeeper could only watch as it curled into the net.

France scored two more goals as they went on to defeat Argentina 4-3 on their way to winning the tournament.

Wednesday. “Thank you all for your posts.”

Quintero’s freekick under a jumping wall against Japan came second, while Luka Modric’s long-range goal for Croatia against Argentina in the group stage was voted into third place.