The Senate has adjourned plenary till September after in protest against the siege on Senate President, Bukola Saraki and his Deputy, Ike Ekeremadu’s residence by the men of the Economic and Financial Times Commission (EFCC), according to Sahara Reporters. 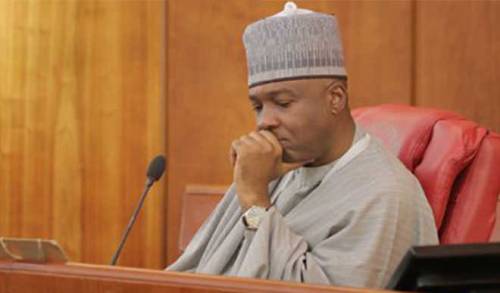 Senator Chukwuka Utazi brought up the idea and asked the Senate to demand the security operatives to be withdrawn immediately.

He also asked the Senate to proceed on it’s annual eight-weeks recess immediately. The recess was scheduled for Thursday, 26th of July.

His prayer was unanimously granted.

Ruby Gyang Shuts Down The Backyard – ...