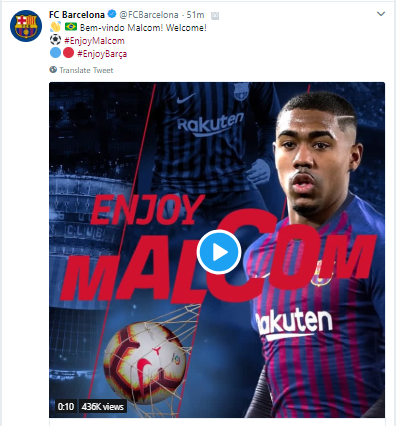 In what looked like a soap opera script, Barcelona literally hijacked the player from the grasp of AS Roma in the 11th hour even after the Italian Club and Bordeaux had agreed on a fee and what was left to finalise the deal was a medical. 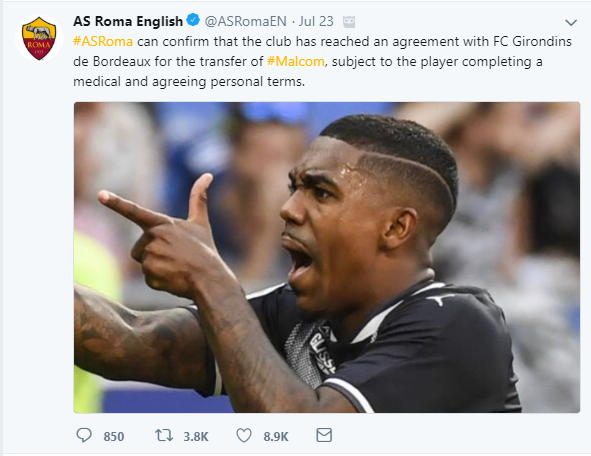 Pictures even surfaced online of many Roma fans who had gone to the Airport to wait for the arrival of the Brazilian for his medical, only to leave dissapointed after news filtered in that the La-Liga champions had hijacked the deal in the last minute while Malcom was at the airport waiting for his flight to Rome.

Others details are currently sketchy, but Malcom is a Barcelona player, and will not be heading to Rome.

“Separation has never been an option”- Tunde ...