20 YEAR OLD FEMALE CULTIST CONFESSES HOW SHE MURDERS HER VICTIMS

20-year old suspected cultist Mariam Abiola has made a surprising confession while she was being paraded alongside other suspected members their cult group. 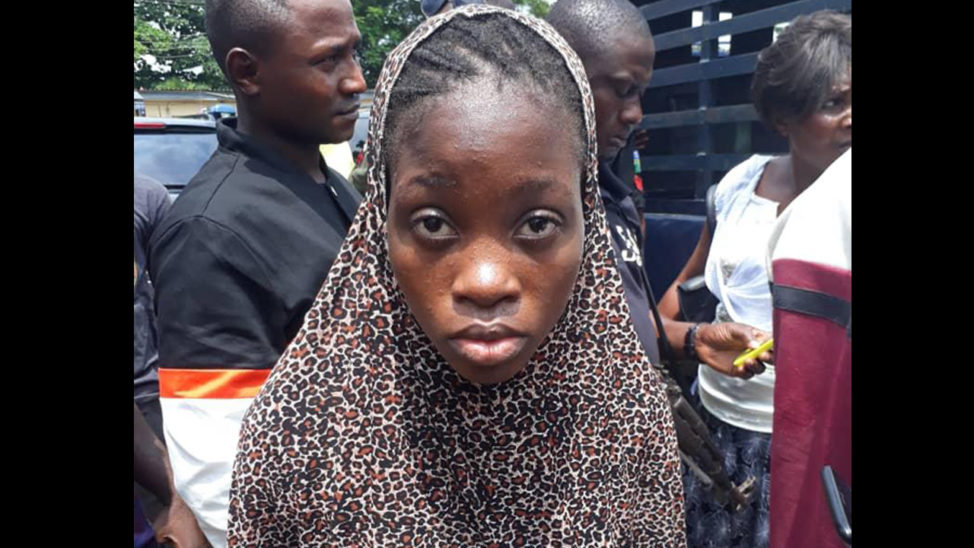 The Lagos state commissioner of police Edgal Imohimi who paraded the suspects said that they belonged to the cult, Eiye confraternity.

Acording to Guardian, Abiola, who said she is a secondary school dropout said this to reporters:

“I ran away from my house in Lafenwa Abeokuta to Lagos, to look for work. I met one Mr. Sodiq when I got to Lagos. Mr. Sodiq took me to his house at Ilasamaja area of Lagos. He was the one that introduced me to the Eiye cult.

I have killed four persons. Each time I want to go for the killing, I usually wear a white gown and a white veil (Hijab). Brother Sodiq usually showed us the target’s house. We go to the house at night. The two boys will scale the fence and open the gate for me. We go straight to the apartment and shoot at the target at close range. None of our targets survived. I killed one guy at Fadeyi area of Lagos. Another one at Hassan area, one at Ajeh area. Each time we killed someone, brother Sodiq would pay me ?10,000 but he would pay the others ?20,000 each. I don’t feel bad after killing anyone because I see it as a job I am being paid for”.

Nigerian Femcee Lumina Reminds Us We Are ...