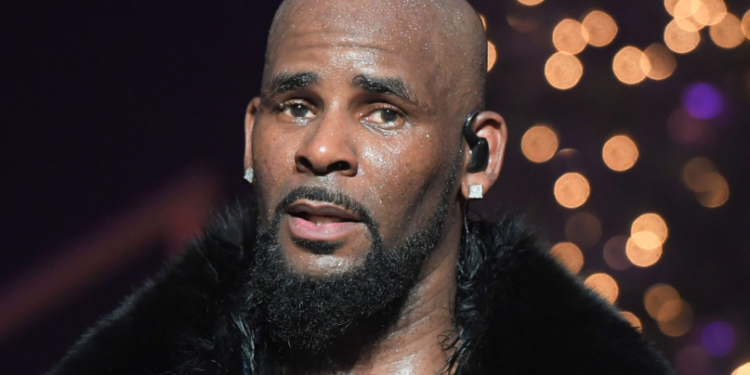 R&B singer, R. Kelly has a new track titled “I Admit” – a 19-minutes track – where he addressed recent abuse claims and allegations that he kidnapped women and holds them against their will. Kelly also claims in the lengthy track that a family member molested him as a child until the age of 14.

The singer took to his Instagram page where he wrote: “Today is the day you’ve been waiting for,” directing followers to a SoundCloud link where the song can be heard in its entirety.

“Now the truth in this message is I’m a broke-ass legend / The only reason I stay on tour is ’cause I gotta pay my rent,” Kelly sings. “I never thought it would come to this, to be the most disrespected artist / So I had to write a song about it / Because they always take my words and twist it / Believe me, it’s hard to admit all this.”

Kelly also discussed many of the accusations he’s faced in the past few years, including allegations made by several women that the singer is operating what’s been described as a “sex cult.”

“I admit I am not perfect / I never said I was perfect / Say I’m abusing these women / What the fuck, that’s some absurd shit,” Kelly sings of the allegations. “They brainwashed, really? / Kidnapped, really? / Can’t eat, really? / Real talk, that sounds silly.”

He then address the parents of women he’s accused of harboring, “Don’t push your daughter in my face / And tell me that it’s okay / Because your agenda is to get paid / And get mad when it don’t go your way.”

He adds, “What’s the definition of a cult? / What’s the definition of a sex slave? / Go to dictionary, look it up, let me know, I’ll be here waiting / Now I admit I got some girls who love me, they pull they hair / Now I admit they love me talk dirty when I pull they hair / Some like me to spank them, some like to give brain / And what some of these girls want is too much for a radio station.”

“I admit I fuck with all the ladies,” he sings. “That’s both older and young ladies/ But tell me how they call it ‘pedophile’ because of that shit/ That’s crazy/ You may have your opinions/ Entitled to your opinions/ But really am I supposed to go to jail or lose my career because of your opinion?”

The singer also addressed his music ban from Spotify following the growing numbers of accusations against him. Spotify removed the singer’s work from their popular featured playlists, which Kelly takes issue with.

“Spotify, took me off they playlist / I admit that I been underrated,” Kelly sings. “I’m not convicted, not arrested, but dragged my name in the dirt / All this work to be successful and you’re bending me because of what you heard.” (They later backtracked on the plan.)

Elsewhere in “I Admit,” Kelly opens up about the sexual abuse he says he endured as an adolescent. “I admit a family member touched me/ From a child to the age 14,” he sings. “While I laid asleep, took my virginity/ So scared to say something/ So I just put the blame on me.”

Kelly’s song comes months after Time’s Up joined the public push for the singer’s record label, RCA Records, to launch an investigation into the sexual abuse claims made against him.

The Equalizer 2 beats Mamma Mia as ...