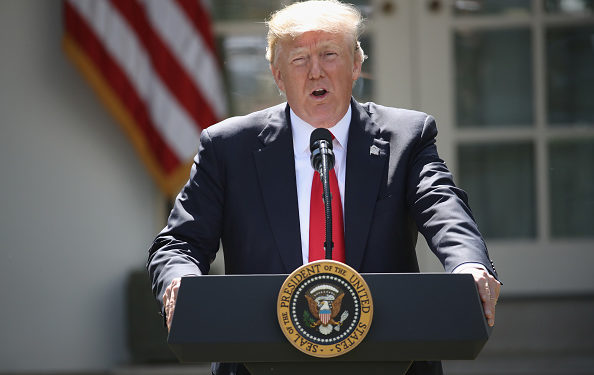 Amid rising tensions between the US ans Iran, President Donald Trump and Iranian President Hassan Rouhani have traded hostile warnings.

In a recent tweet from Donald Trump, the American President tweeted that Iran would “suffer consequences the likes of which few throughout history have ever suffered before” if it threatened the US.

In his comment made to Iranian diplomats, President did leave open the possibility of future good relations with the US.

In May, the US left a deal which curbed Iran’s nuclear activities in return for the lifting of international sanctions. Washington is now re-imposing the sanctions, despite objections from the UK, France, China, Russia and Germany, who all signed the 2015 agreement.

Mr Trump has consistently opposed the 2015 nuclear deal, which saw the US release billions of dollars of frozen assets in exchange for curbs on Iran’s nuclear programme. The Trump administration regards Iran as a destabilising force in the Middle East, arguing the nuclear deal enabled Iran to pursue a more assertive regional policy.

A senior commander in Iran’s Revolutionary Guards suggested on Monday that the US president’s statements were part of a broader strategy.

“The remarks Trump makes against Iran are psychological warfare and he would be mistaken should he seek to take action against Iran,” Gholamhossein Gheybparvar said, quoted by the Iranian Students News Agency.

US Secretary of State, Mike Pompeo on Sunday explained he wanted to try to stop countries importing Iranian oil by November as part of continued pressure on Tehran.

Addressing a group of Iranian Americans in California, he said the Iranian regime “resembles the mafia more than a government”.

In May, Mr Pompeo outlined 12 conditions for any “new deal” between the US and Iran, including the withdrawal of its forces from Syria and an end to its support for rebels in Yemen.

The US Treasury has said there will be wind-down periods of 90 and 180 days before sanctions are implemented. The first deadline, on 6 August, will affect the purchase of US dollars, trade in gold and certain other metals, as well as aviation and the car industry. The next, on 4 November, will target Iran’s financial and oil institutions.

Iran happens to be one of the world’s largest oil producers, with exports worth billions of dollars each year. Nonetheless, it is already feeling economic pressures, and has seen large-scale protests over rising prices and a decline in the value of its currency, the rial.