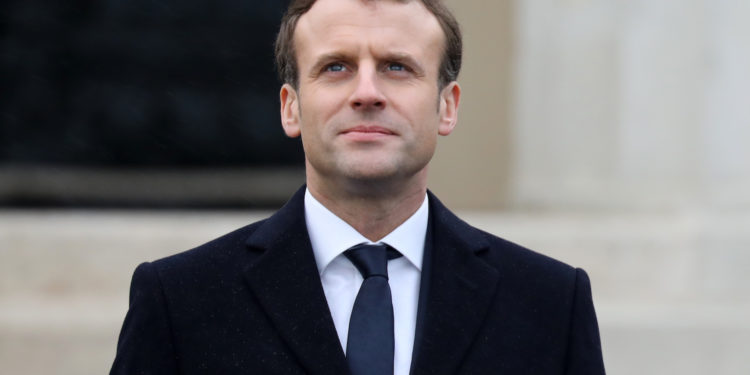 French President Emmanuel Macron has ordered a staff shake-up following the emergence of a video showing his now sacked aide beating up a protester, officials say. The President under growing pressure, called on several ministers on Sunday to discuss the issue.

Macron’s top body guard, Alexandre Benalla, was seen dragging away a woman and then beating a man during May Day protests in Paris. Mr Benalla has been charged with group violence and illegally wearing a police badge. And on Friday, Mr Benalla was fired.

Three policemen were also charged in connection with the incident. They were questioned on Saturday for allegedly leaking security footage to try to prove Mr Benalla’s innocence.

Also an employee of Mr Macron’s La République en Marche (Republic on the Move) party, Vincent Crase, is also being investigated after he appeared in the video.

An official said Mr Macron had described the incident as “unacceptable” and promised there would be “no impunity”.

Senior presidential official Alexis Kohler is to look into reorganising Mr Macron’s private office so as to prevent a repeat of the incident, unnamed officials say.

The French presidency has been accused of being aware of the incident for some time, trying to cover it up, and failing to act swiftly against Mr Benalla.

Public outrage has been stoked by additional footage that appears to show several police officers watching the incident without intervening.

Interior Minister Gérard Collomb is expected to be questioned on the issue in parliament on Monday.

The May 1st demonstration took place in a popular tourist spot at Place de la Contrescarpe in the fifth district of Paris, where about 100 people had gathered.

The original video, posted on social media by 21-year-old Taha Bouhafs, shows a man in a police helmet who is not in uniform joining CRS riot police after clashes erupted.
The man grabs a woman by the neck, charging her down the street, before both disappear off camera. Shortly afterwards he is seen to return to the scene, attacking another protester who had been carried a short distance by police before being left alone on the ground.
The man in the helmet can be seen grabbing the young protester around the neck, hitting him in the head and apparently stamping on his stomach when he falls to the ground.

Formerly an employee of a private security firm, Mr Benalla had worked with other French politicians in the past – including leading Socialist Martine Aubry and Mr Macron’s predecessor in the Elysée, François Hollande.

In 2012, he was hired as a driver for Industry Minister Arnaud Montebourg. According to Mr Montebourg who spoke to Le Monde, Mr Benalla was fired for misconduct after causing a car accident in the minister’s presence and wanting to flee the scene.

The Equalizer 2 beats Mamma Mia as ...