Arsenal have come out in support of under fire Midfielder, Mesut Ozil with what looked like a subtle shade at the German Football Federation (DFB).

The 13 times Premier league Champions tweeted a picture of new manager, Unai Emery, surrounded by players during their pre-season training session with the session: “Our diversity is a big part of why we are such a special club.” and then added the hashtag, #ArsenalFor Everyone 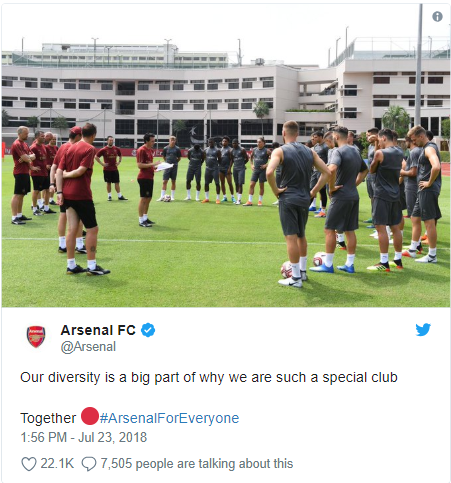 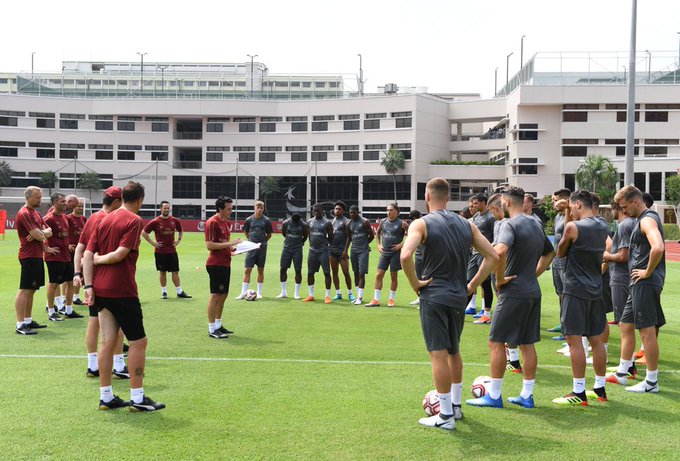 This comes after Ozil, through a statement released on his social media pages hit out at his mistreatment by the DFB and particularly the President of the DFB, Reinhard Grindel and a part of the German media. The Midfielder said he felt “disrespected” and racially abused.
The statement reads:

The past couple of weeks have given me time to re?ect, and time to think over the events of the last few months. Consequently, I want to share my thoughts and feelings about what has happened.

Like many people, my ancestry traces back to more than one country. Whilst I grew up in Germany, my family background has its roots ?rmly based in Turkey. I have two hearts, one German and one Turkish. During my childhood, my mother taught me to always be respectful and to never forget where I came from, and these are still values that I think about to this day.

The events unfolded when the Arsenal midfielder took a picture with Turkish President Recep Taayip Erdogan while the later was in London in May. Many demanded he explain his decision and when that wasn’t forthcoming, blamed him for Germany’s poor outing at the World Cup.

Arsenal also tweeted a picture of Ozil smiling in an Arsenal training gear with the caption, “It’s great to have you back with us,” followed with a heart sign. 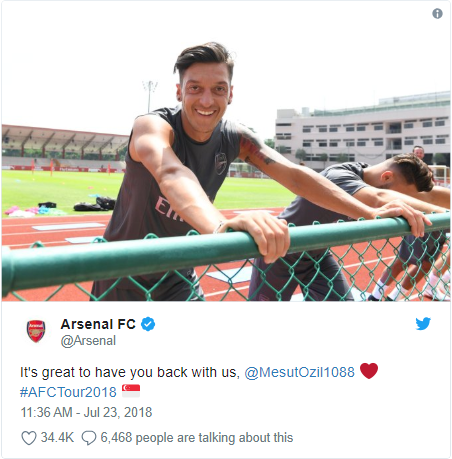