At a concert held by Mayorkun, yesterday, at the Palms Mall in Ibadan, cases of violence and reckless sexual intercourse has been reported. 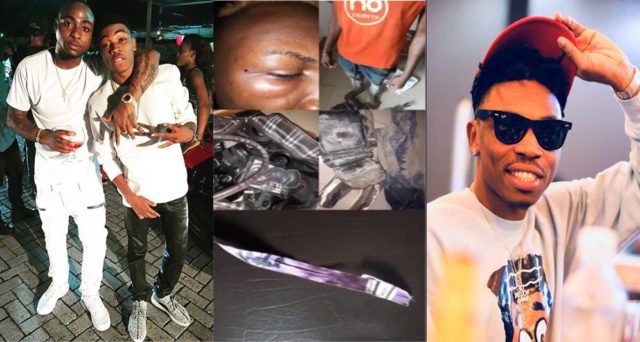 According to reports, an invited journalist attached to NostoryTV, was mercilessly beaten by Davido’s bodyguard and had to be rushed to UCH to be revived.

It was gathered that the journalist had approached Davido for an interview, but with just few steps to getting to where the singer was, the journalist was dragged by his bodyguard and punched, before being beaten till he lost consciousness, even with his evident access tag.

Thankfully, the victim was revived at UCH, but he had his equipment damaged and was left with a swollen face. Many pieces of used condoms were also spotted all over the event ground as people had sex with reckless abandon, while the concert was going on.