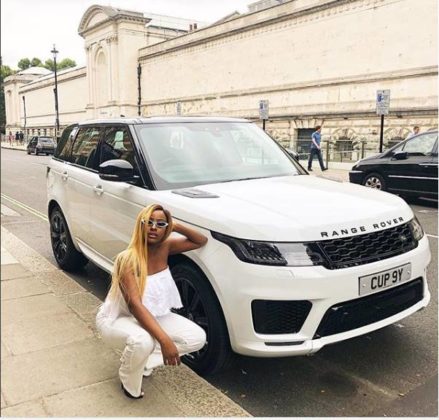 The excited Cuppy took to Instagram to show off the new car and she wrote: ‘Out with the old, in with the new! THANK YOU! @FemiOtedola ??? #NewCarAlert #2018Sport #WhiteOnWhite

This is coming after DJ Cuppy’s younger sister, Temi Otedola was given a red Range Rover sport last month by their father on completion of her exams. Femi Otedola sure loves to spoil his daughters. Congratulations to DJ Cuppy.