Drake’s highly successful album, Scorpion, which broke the record of the first song to reach one billion stream in a week, has broken another one.

Apple music, the online streaming giant, has now announced the Canadian born rapper now has 10 billion streams on the platform.

They announced this on twitter with a Drake picture and the caption: 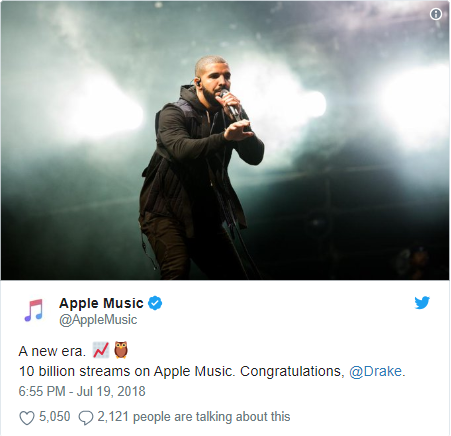