American rapper and Migos member, Offset has been arrested in Georgia after police found weapon in his car. 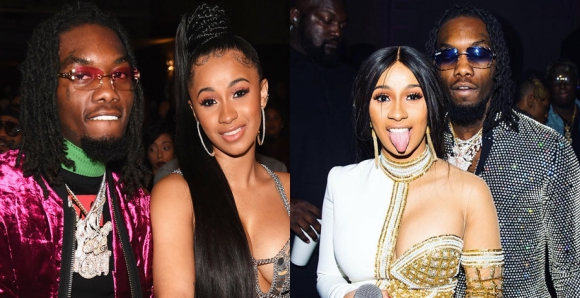 Offset who recently welcomed a daughter, Kulture with award-winning rapper, Cardi B, was pulled over for having tinted windows on his car when police made the discovery.

Offset was arrested after a traffic stop in Jonesboro at approximately 3 p.m. Friday. The rapper was pulled over in a 2014 Porche 911 Carerra after performing what Clayton County Police deemed an improper lane change at Upper Riverdale Road and Tara Boulevard.

Offset, legally known as Kiari Kendrell Cephus, 26, was traveling with his bodyguard, Senay Gezahgn. Both men were arrested.

Although it has been previously reported that Offset is serving five years of probation stemming from a 2015 arrest on drugs and weapons charges, his attorney Drew Findling told the AJC that the rapper received an early termination of his probation.