Macron’s aide that struck protester to be dismissed 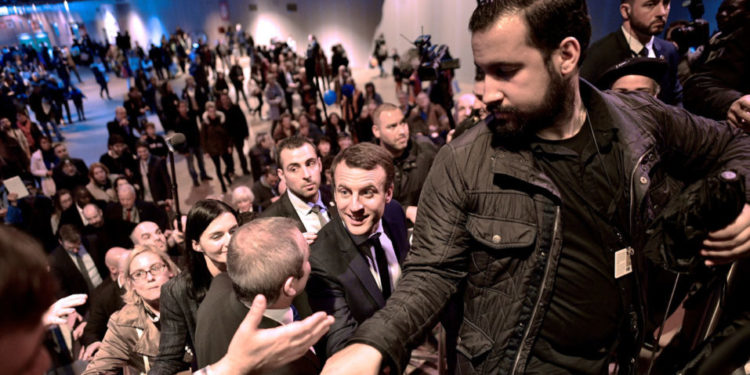 The office of French President Emmanuel Macron told has revealed it has begun dismissal proceedings against the top security aide who  struck a protester during a demonstration in Paris in May.

A video earlier this week shows Alexandre Banella, violently striking a protester while disguised as a police officer.

Macron’s office said the decision was taken after receiving new evidence from the police that proved the top aide inpersonating a police officer in order to carry out his plan.

In May, Benalla was punished with a two-week suspension without pay in and was later transferred to another post. The incident was not reported at the time.

Three Policemen have also been suspended on suspicion they provided Benalla with the surveillance tape which he tried to use to prove his innocence.

.Lawmakers in the French capital have also launched a commission of inquiry after a  second video of Banalla wrestling a woman to the ground emerged.

2 dead and several others wounded as ...