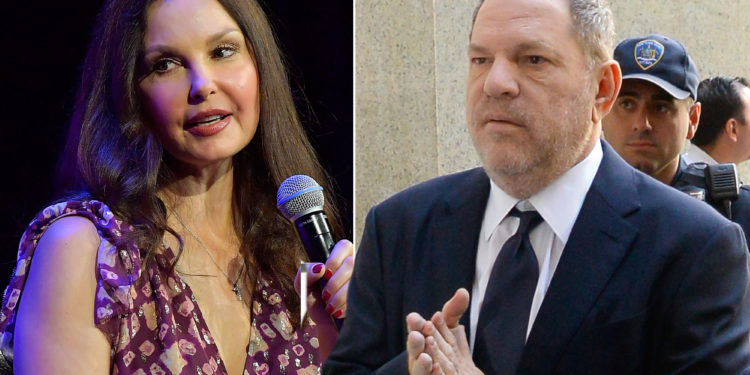 Harvey Weinstein’s lawyers, in a motion filled earlier this week have insisted that Actress Ashley Judd had struck a deal with the disgraced producer which allowed him to touch her if “she won an Academy Awards.”

Judd had accused Weinstein of derailing her career by convincing Lord of the Rings Director Peter Jacks  on not to cast her after she rejected Weinstein’s advances.

Weinstein’s lawyers have now countered her statement by saying she made a deal with the Hollywood mogul, who had held up his part of the bargain by trying to cast Judd “in as many roles as possible.” According to them, some of the roles includes opposite Matt Damon in “Good Will Hunting”

The court statements says Weinstein’s actions “reflects his motivation to advance her career, not ruin it” and is in contrast with Judd’s claim of “defamation”

The statement further claims: “We look forward to opposing his flawed motion, moving forward with discovery into his outrageous behavior, and proving to a jury that Mr. Weinstein maliciously damaged Ms. Judd’s career because she resisted his sexual advances.”

Meanwhile,  Jackson has said he Weinstein told him not to cast the actress and Mira Sorvino. He was quoted by Fairfax as saying:

“I recall Miramax telling us they were a nightmare to work with and we should avoid them at all costs. This was probably in 1998,”

“At the time, we had no reason to question what these guys were telling us — but in hindsight, I realize that this was very likely the Miramax smear campaign in full swing.”

In a reaction to the filing, a spokesperson for Judd said: “Mr. Weinstein’s arguments seeking to escape the consequences of his despicable misconduct are not only baseless, they are offensive.”

Weinstein grace to grass story and his ultimate disgrace inspired the #MeToo movement that has allowed many women across the globe to come forward with their stories of sexual assault from powerful men.

Alex Oxlade-Chamberlain ruled out for the season