American musicians, Cardi B, Beyonce, and Jay-Z are leading the nominations for the 2018 MTV Video Music Awards, which was announced on Monday. 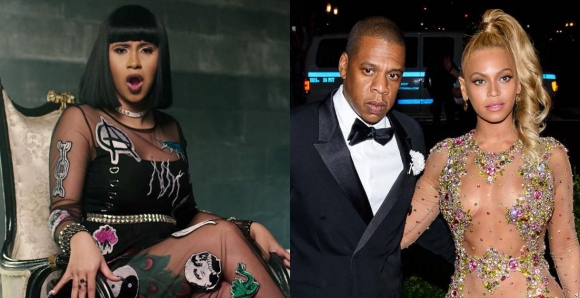 Cardi B received 10 nominations; which are gender-neutral including video, song, and artist of the year, while Beyonce and Jay Z received eight, including video of the year, best collaboration and best hip-hop for their eye-popping clip for “Apesh–,” released last month, reports Variety.

The “VMAs” will air live from Radio City Music Hall on Monday, August 20.

MTV collaborated with Instagram to reveal the nominees on IGTV, marking the first time an awards show has used the new platform in this capacity.