Ahmed Musa’s goal nominated for goal of the tournament 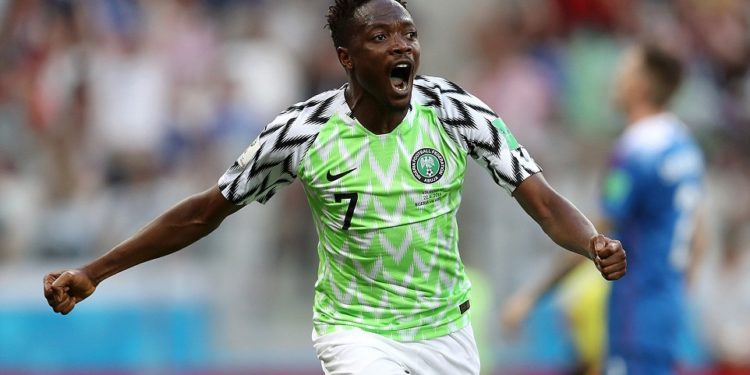 Ahmed Musa’s second goal for Nigeria in the Super Eagle’s 2-0 win over Iceland at the just concluded 2018 FIFA World Cup in Russia has been nominated, along with 17 other goals, for the best goal of the tournament.

The Leicester City forward’s strike will contend with 17 other goals for the top spot.

Also on the lists are Denis Cheryshev’s goals against Saudi Arabia and Croatia, Lionel Messi’s strike against Nigeria, and Nacer Chadli additional time goal for Belgium against Japan.

Benjamin Pavard’s half volley in France 4-3 win over Argentina also made the list, as well as Ricardo Quaresma’s goal for Portugal against Iran, Adnan Januzaj’s curler against England, and Angel Di Maria’s goal in Argentina’s defeat to France also were nominated for the goal of the tournament.

Voting takes place on the official website of FIFA and will end on Monday 23 July.

Will Smith and Family Kick Off Vacation, ...