Royal couple, Prince Williams and Duchess Kate looked proud in the official photos from their youngest son Prince Louis’ christening. The couple released some photographs from the 2 month old’s christening which took place on July 9 at the Chapel Royal in St. James’s Palace, London.

Louis was dressed in an elaborate handmade replica of the 1841 Royal Christening Robe for the ceremony, which was also attended by William’s father, Prince Charles and wife Duchess Camilla, Kate’s family, including pregnant Pippa Middleton, and Prince Harry and Duchess Meghan.

Siblings of the 2 month-old, Prince George, 4, and Princess Charlotte, 3, were also featured in the photos. George was dressed in navy blue shorts and a white shirt, while his sister wore a blue and white floral dress with a matching headband and shoes.

The Duchess of Cambridge, 36, meanwhile, beamed in a white Alexander McQueen dress — the same designer she wore for her wedding and the christenings of her two older children — and a Jane Taylor headpiece.

The royals looked happy in the first official family portrait including Duchess Meghan since her wedding to Prince Harry in May. The photo was taken in the Morning Room at Clarence House, the London home of Prince Charles and his wife, Duchess Camilla.

The Duke and Duchess of Cambridge were surrounded by both sides of their family in the official photo taken at Clarence House. William was joined by his father, Prince Charles and wife Duchess Camilla, and his brother Prince Harry and Duchess Meghan. Kate’s mother and father, Carole and Michael Michael Middleton, stood alongside their children, Pippa and her husband, James Matthews, and James Middleton. 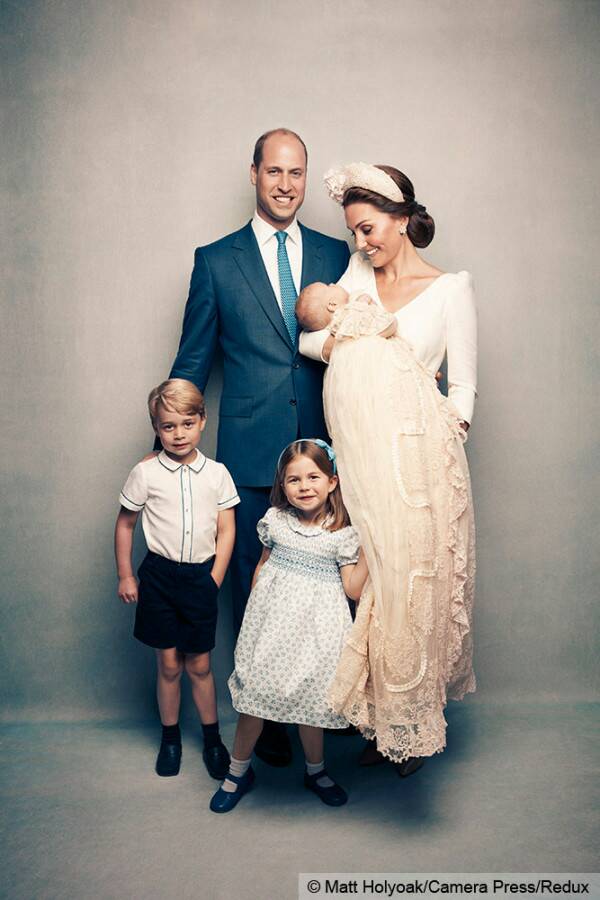 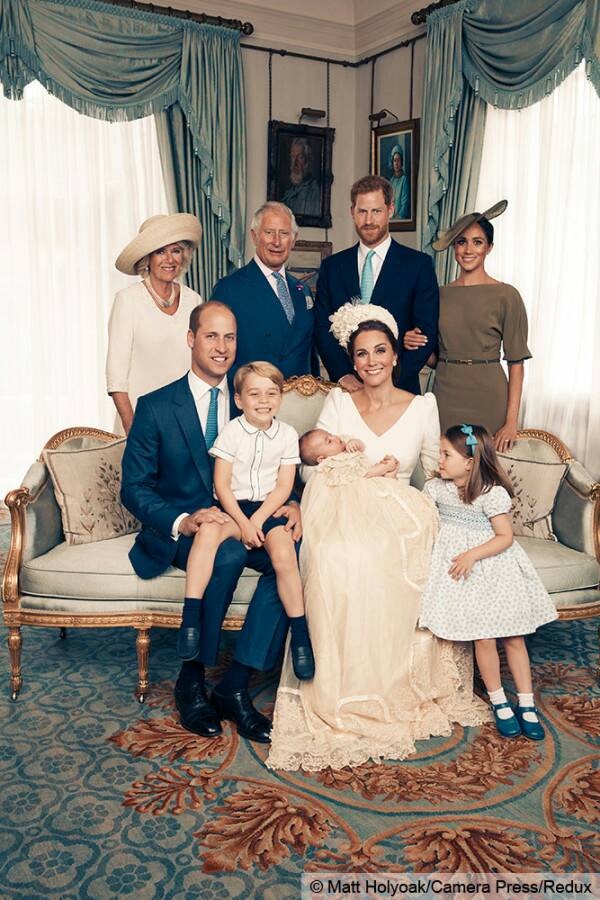 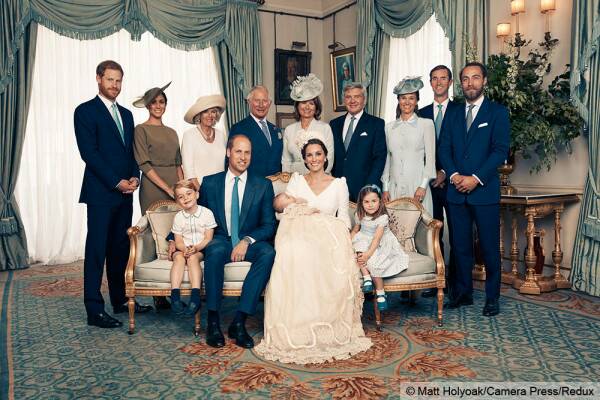 OSGMCM- WHY WE LOVE AHMED MUSA