Peter Okoye gets first award nomination since Psquare break up

He has been nominated in the ‘best male artist’ and ‘best international male artist’ categories for IARA 2018. 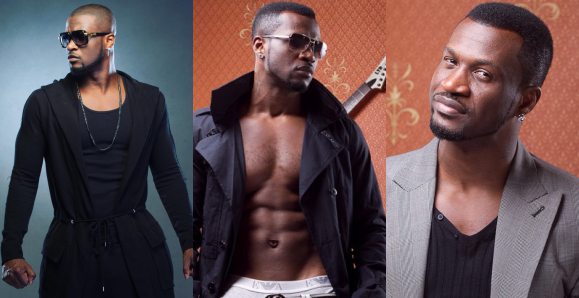 This is the first for Mr P since his split from his twin brother, Paul.

Mr P took to his social media page to thank his fans. He wrote:

“2 nominations: INTERNATIONAL ACHIEVEMENT RECOGNITION AWARDS. Shout out to my Loyal Fans???This one is for you? My first ever award nomination. Not one but two! It can only get better and better. @iara_awards I’m truly honoured and congrats to other nominees y’all are incredible ??. 1 Luv #NeverBeAfraidToStartOverAgain#MoreFocused #EnjoyingEveryPartOfIt”
Other artistes nominated in the ‘best international male artist’ category include Davido, Diamond Platnumz, Cassper Nyovest, Medikal, Black Coffee, La Fouine, and Mohammed Abass.

The award ceremony is scheduled to hold on September 22 at Hilton Hotel in London.

At the 2017 edition of the award, Adekunle Kosoko, popularly known as Adekunle Gold, took home the best African artist award.