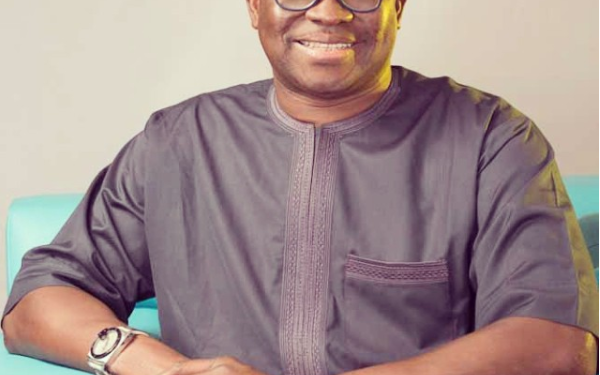 The Peoples Democratic Party (PDP) has rejected the declaration by the Independent Electoral Commission (INEC) that Kayode Fayemi, candidate of the All Progressives Congress (APC), is the winner of Saturday’s governorship election in Ekiti State.

Early on Sunday morning, the Returning officer for the Ekiti polls, Professor Idowu Olayinka,had anannounced Fayemi as the winner of the election with 197,459 votes, beating Professor Olusola Eleka, candidate of the Peoples Democratic Party (PDP), who only managed 178,121 votes.

After the announcement, Kola Ologbondiyan, National Publicity Secretary of the PDP, accused INEC of rigging the election to favour the APC.

“APC won a presidential election in 2015 on the goodwill of Nigerians. Three years after, it depends on guns, billions of naira, snatching of ballot boxes, altering of figures and other acts of electoral corruption to win a state,”

According to him, the election was mired with ballot snatching and paying of voters to vote for Feyemi

France are World Champions for the second ...