France are World Champions for the second time 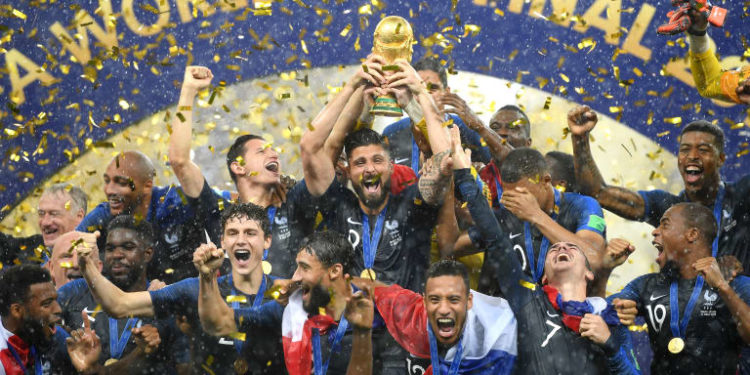 France are world champions for the second time after defeating Croatia 4-2 in the final at the Luzhniki stadium in Moscow. The epic final had a bit of VAR controversy whe referee Nestor Pitana had a review of a penalty decision but ultimately gave it to France, which Griezmann coolly converted.

France had taken the lead through a Mazudkic own goal but Croatia responded with a fine Perisic goal to level matters. But Croatia will feel hard done by the decision as it looked like the Juventus striker didn’t had little time to react as the ball hit his hand.

Pogba scored a screamer from outside the box to pull France away, but Mbappe become the second youngest player to score in a world cup by scoring the fourth goal.

Hugo LLoris blunder almost gave Croatia hope after Manzukic robbed him of the ball and scored to redeem himself after his own goal gave France the lead in the first half. But the French defence held firm as they comfortably saw off the remainder of the game to win the World cup for only the second time.

It was exactly 20 years ago, that a Zidane inspired French team won the World Cup on home soil after defeating Brazil in the finals.

Thw match was watch by both Presidents of France and Croatia, accompanied by Putin and FIFA President.

Deschamps has now become only the third person to win the world cup both as a player and as a manager.