LET’S TOAST TO WOLE SOYINKA AT 84

Akinwande Oluwole Babatunde Soyinka known as Wole Soyinka, is 84 today.
The Nigerian playwright, poet and essayist who was awarded the 1986 Nobel Prize in Literature, became the first African to be honoured in that category. 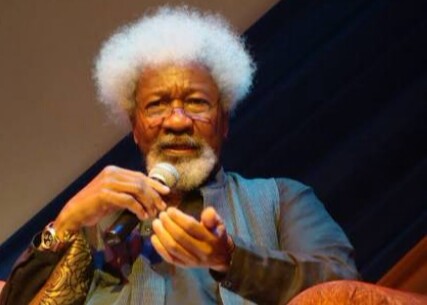 Soyinka was born into a Yoruba family in Abeokuta has so many achievements to his name. After studying in Nigeria and the UK, he worked with the Royal Court Theatre in London. He went on to write plays that were produced in both countries, in theatres and on radio. He took an active role in Nigeria’s political history and its struggle for independence from Great Britain. Soyinka has been a strong critic of successive Nigerian governments, especially the country’s many military dictators, as well as other political tyrannies, including the Mugabe regime in Zimbabwe. Much of his writing has been concerned with “the oppressive boot and the irrelevance of the colour of the foot that wears it”.

While in the United States, the professor first taught at Cornell University, also, he has been a Professor of Creative Writing at the University of Nevada, Las Vegas and has served as scholar-in-residence at NYU’s Institute of African American Affairs and at Loyola Marymount University in Los Angeles, California, US.He has also taught at the universities of Oxford, Harvard and Yale.
Some of his achievements include:
1983: Anisfield-Wolf Book Award, United States
1986: Nobel Prize for Literature
1986: Commander of the Order of the Federal Republic (CFR).
1993: Honorary doctorate, Harvard University
2005: Conferred with the chieftaincy title of the Akinlatun of Egbaland by the Oba Alake of the Egba clan of Yorubaland.

Some of his works have been adapted for stage plays and movies. His plays, essays,novels, memoirs, translations and other works are regarded as classics and we can’t but agree that Woke Soyinka is a genius.

LET’S CELEBRATE WITH A TOAST AS ...