According to a facebook user, KY Larry who lives in Port-Harcourt, Rivers state capital, the young man was brutally killed by the security operatives after he was caught smoking weed in public.

It was gathered that the SARS officers first shot the young man on his hand as he was able to run with the wounded hand till he got tired and fell. 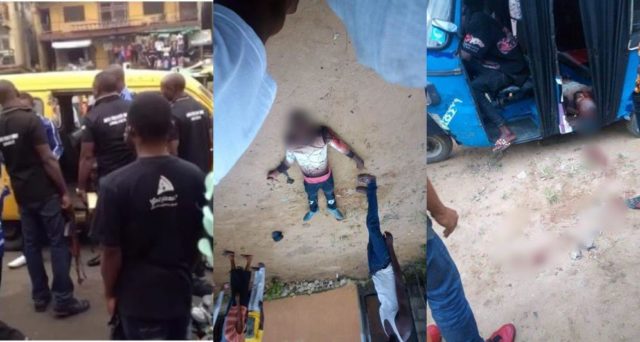 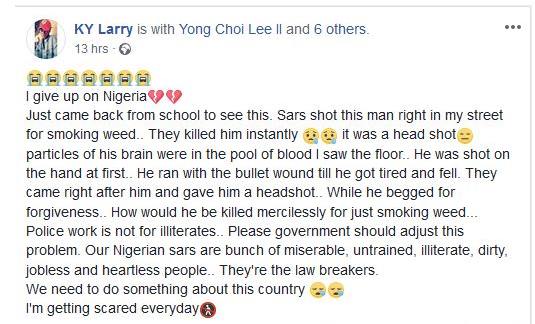 The young man after falling reportedly begged for forgiveness but rather, he was shot in the end and died instantly.

An angry and disappointed Facebook user shared the news.

Just came back from school to see this. Sars shot this man right in my street for smoking weed.. They killed him instantly particles of his brain were in the pool of blood I saw the floor.. He was shot on the hand at first.. He ran with the bullet wound till he got tired and fell. They came right after him and gave him a head shot..

While he begged for forgiveness.. How would he be killed mercilessly for just smoking weed… Police work is not for illiterates.. Please government should adjust this problem. Our Nigerian sars are bunch of miserable, untrained, illiterate, dirty, jobless and heartless people.. They’re the law breakers.

We need to do something about this country I’m getting scared everyday”.