“THE SAME CAPACITY WIZKID AND DAVIDO HOLDS DOWN IN AFRICA, I HOLD IT DOWN”- YEMI ALADE 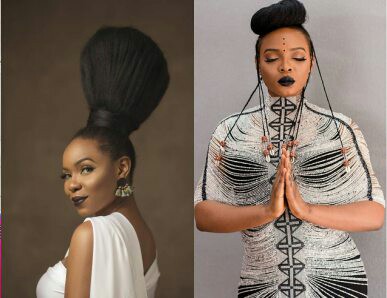 Popular female pop artiste, Yemi Alade has said that she is operating on the same level as David ‘Davido’ Adeleke and Ayo ‘Wizkid’ Balogun.

Speaking on Tuesday in an interview with Hot FM (98.3), the ‘Johnny’ singer said that there is no number one artiste.

“I respect everybody, we all inspire each other in this industry… there is actually no number one because your top five artistes in Nigeria that are the biggest in Africa can shut down the exact same capacity.

“So there is no number one, and that is the truth but not everybody will agree to that, people will say Yemi shut up but that is the truth. Why don’t we go ask the promoters, the people who know the numbers?”

Alade’s success reaches beyond the borders of Nigeria as she has become an African symbol, performing all over the world.

“I just concluded my 13-city European tour and the turnout was amazing,” she said.

“I have pretty much been touring for over three years, it’s a big privilege for me.

“For me now, I think it is beyond the music, I think people also come out for what I stand for, the fact that I stand for Africa unapologetically and originally as I can.

”What I have done with this kind of career that puts you in the limelight and keeps you vulnerable to everybody’s opinion, is to make sure my opinion is paramount, it is number one”.