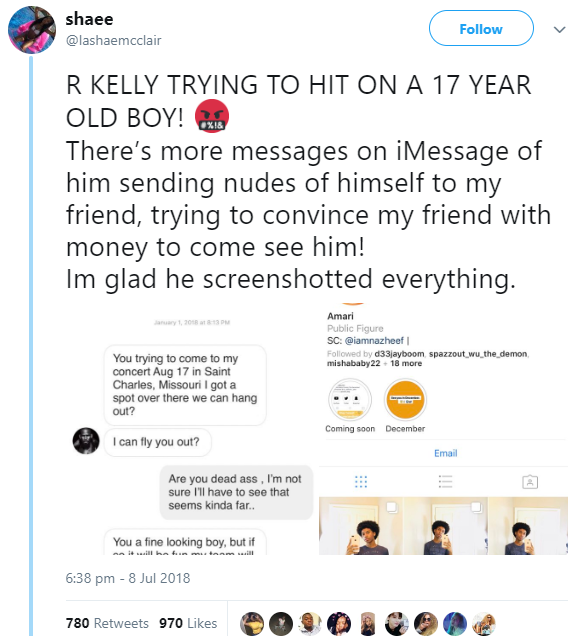 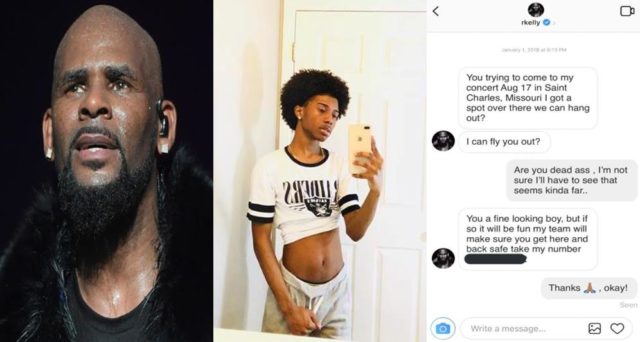 According to a Twitter user, the 51-year-old singer asked a 17-year-old boy to come and visit him and even offered to fly him out. R. Kelly also allegedly sent his nude photos to the boy.

@lashaemcclair narrated the story on Twitter and shared screenshots of the message R.Kelly sent to the boy named Amari with the Instagram handle @iamnazheef.

Whether or not the chats are real is currently being debated on Twitter.

This is coming few months after a woman earlier accused R.Kelly of sexual assault.

Third Child of Duke and Duchess of ...