ADESUA ETOMI REPLIES TROLL WHO TRIED TO SHAME HER

Popular Actress, Adesua Etomi Wellington who recently revealed she was recording her first music in the studio, shared a short video of herself dancing at an event recently, looking lovely in her outfit.

An Instagram user however, didn’t share this happiness with her. Instead of joining others who had nice things to say about Adesua, the troll saw the time as the right time to troll her for not being pregnant yet. The troll wrote ‘
see mumu, don’t do and get pregnant. Be there dancing like an idiot. I hate you because you are too fake”
Surprisingly, Adesua wasn’t unnerved by the troll’s comment as she simply replied as thus “lool , peace and love”. 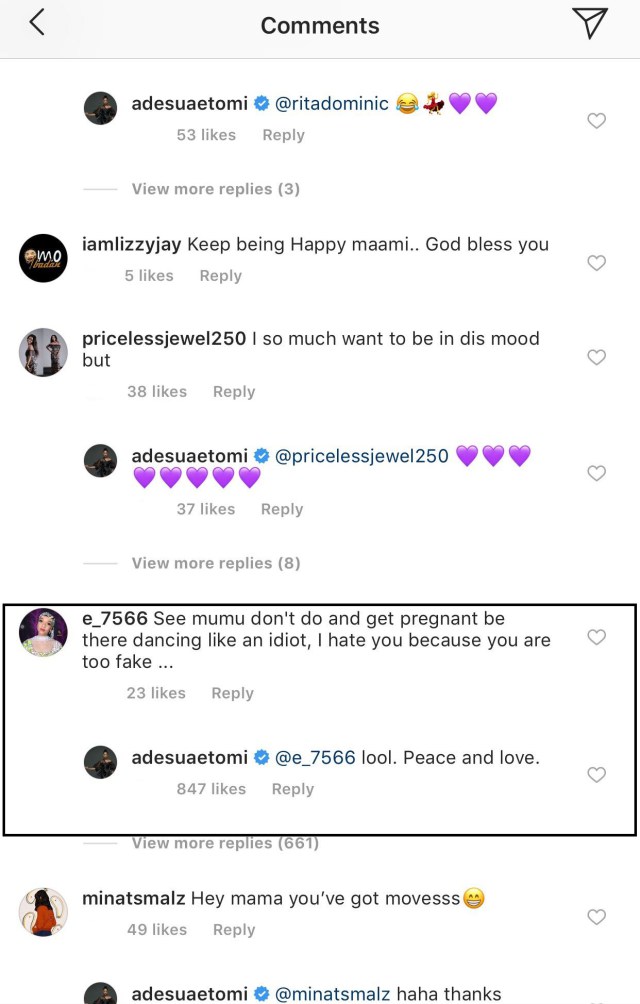 Erdogan to take Oath of Office as ...