Pop star, Davido has announced the arrival of his N94 million Bentley Bentyaga which finally touched down Nigeria recently after Davido has had to wait for seven months.

Davido shared the video clip of how the car was being driven out of the delivery truck on social media. 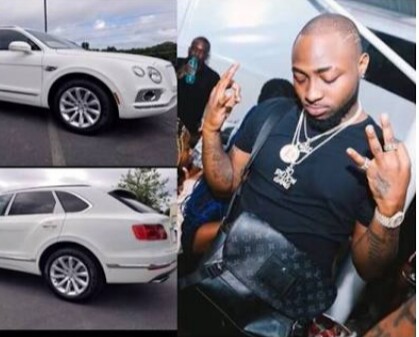 The singer who recently emerged winner of the BET’s Best International Act award has achieved a lot of milestones and his luxury lifestyle is a proof. When Davido is not releasing a brand new hot track, he is flaunting his material wealth.

Davido is also known for his love for cars and he goes all out whenever he decides to purchase an automobile. He recently bought a private jet and a Porsche for his girlfriend Chioma also.

SERENA WILLIAMS SAD THAT SHE MISSED HER ...