Popular actress, Adesua EtomI has finally started her music career. The Nollywood star has finally launched her career in music after her marriage to musician, songwriter and R&B act Bankole Wellington (Banky W). 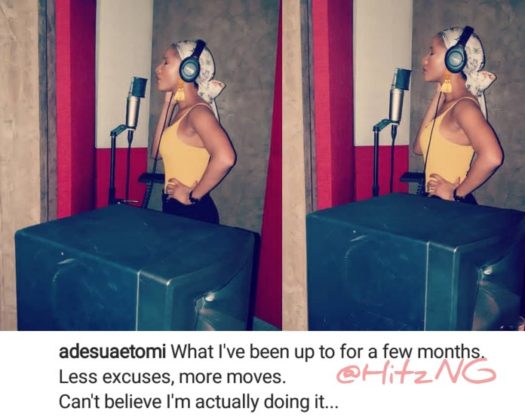 The talented actress who is also a great vocalist, has performed with her husband a number of times on stage. She has also hinted earlier that she would be launching a career in music soon.

The actress, recently posted a photo of herself in a music studio obviously recording her first single.

According to her, she’s been on it for some months and she can’t believe she’s finally on it!