Policeman Who Shot Youth Corps Member Dead has been Dismissed, and will be arraigned

Benjamin Peters, the police officer who shot at youth corps member, Miss Angela Igwetu, has been dismissed.
He will also be arraigned in court, FCT police commissioner, Sadiq Bello, said on Friday. 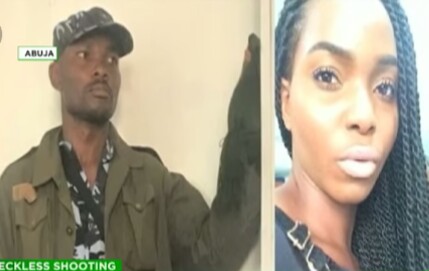 Sadiq Bello also said that Peters should not have shot at the car, adding that his claim that the girl was shouting for help was not sufficient ground to fire his weapon.

The police boss explained that the two males in the car with Angela told detectives that they were coming from a joint and she stood up to bring out her head through the sunroof while having fun, stressing that she was not in any danger.

According to Sadiq, the force would not condone any form of misconduct by its officers.