The 40-year-old goalkeeper signed a one-year contract and an option for another year with the Ligue 1 champions.

Speaking to the club’s official website, the veteran goalkeeper said:

“It is with a great feeling of happiness that I join Paris Saint-Germain,”

“For the first time in my career, I leave my country and only such an ambitious project could lead me to make such a decision. I thank the Club and the President for their trust.” 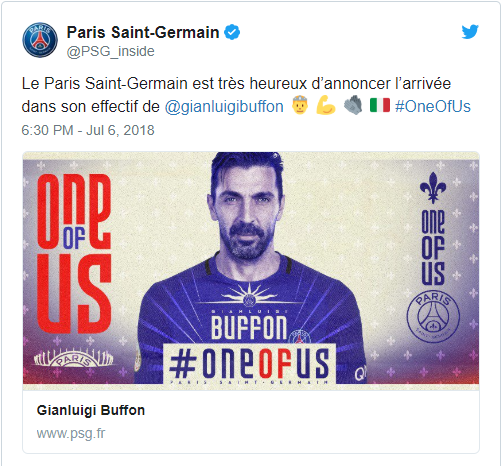 None of OJB’s friends in the industry ...