IrokoTV grandstands and refuses to take down the illegal movie.

Nollywood company, IrokoTV has been embroiled in intellectual property infringement. The owner of the intellectual property in question is award-winning writer and blogger, Ms. Tomi Adesina, who was recently nominated for the Africa Magic Viewers’ Choice Award (AMVCA) for the movie/TV series, Hakkunde. IrokoTV is one of the biggest producers of Nollywood movies which they distribute/broadcast on their various platforms like Youtube, IrokoTV Mobile App and cable channels on DSTV, GoTV and SkyTV (UK). 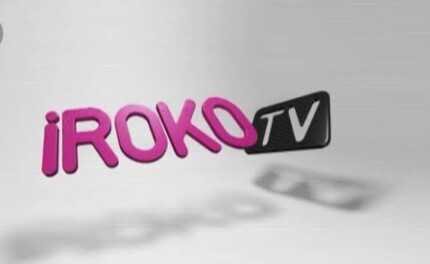 According to Ms. Adesina, between 5th June, 2014 and 4th September, 2014, she consistently published a fiction series titled “Beautiful Stranger” on her blog at https://tomiadesina.wordpress.com/beautiful-stranger-2/ . In 2015, she published the aforesaid fiction series as an Ebook online at https://dl.orangedox.com/z6KFmVmsGQ6qXwZOQ6 .
Sometime this year, Ms. Adesina received numerous calls from her friends, family and ardent readers of her blog, congratulating her for collaborating with IrokoTV to adapt her 2014 story, “Beautiful Stranger” into a movie called “Swings” and monetising/distributing same on IrokoTV platforms. Ms. Adesina was surprised at the felicitations as she did not adapt her “Beautiful Stranger” story into a movie, and she did not authorize IrokoTV to distribute or monetize same. “I was really taken aback by the calls and congratulations because of course, I did not contract Iroko or anyone at all to adapt this story into a movie and I never gave Iroko the permission to monetize the distribution of the movie,” she says.
Surprised at the information that her literary work had been turned into a movie and monetized without her consent, Ms. Adesina decided to download the IrokoTV app, pay the requested fee and watch the movie. Her discovery after the movie left her perplexed. “It was like a bunch of actors came together, acted my blog series and then, gave it a different title,” she says. “They didn’t even change the names of the major characters or tweak the storyline. This is how shocking the adaptation was. How did I know it was my blog series that was adapted into a movie? First, all the names of major characters in “Beautiful Stranger” are the same as in “Swings”. Second, the settings in “Beautiful Stranger” are the same in “Swings”. Third, the plot/storyline in “Beautiful Stranger” is the same as in “Swings” – from beginning to end. Fourth, even the dialogues in “Beautiful Stranger” are used almost word for word in “Swings””.
Disturbed at this development, Ms. Adesina instructed her lawyers to write to IrokoTV, demanding a retraction/removal of the unauthorized movie adaptation from their platforms. Surprisingly, rather than take down the movie, Irokotv wrote back with the excuse that, they didn’t produce the movie themselves. According to Ms. Adesina, IrokoTV’s excuse is untenable. “I write for the movie industry,” she says. “So I know that IrokoTV’s claim is not true as the movie “Swings” opened with their montage. Movie production companies only put their montage in movies if they produced, co-produced or sponsored/partnered with the movie one way or another. There are many movies on IrokoTV’s different platforms that do not start with their opening montage because IrokoTV did not produce, co-produce or sponsor/partner with the said movies, unlike “Swings”. I took my time to confirm with a number of films on their app. Apart from producing/sponsoring or partnering with the movie, I know that the distribution, publication and/or commercialization of the unauthorized movie adaptation is in itself, an infringement of my copyright.”
The Copyright Act, Cap 28 Laws of the Federation of Nigeria, 2004, prohibits the unauthorized adaptation of an author’s work and the unauthorized publication or distribution of the said work or the adapted copy. Anybody who does either of the foregoing acts is independently liable for intellectual property infringement.
Ms. Adesina was disappointed in IrokoTV’s stance and refusal to take down the illegal movie, despite the ethical business culture usually portrayed by the company and its staff to the public. “IrokoTv could have simply taken down the movie if they had no hand in it,” she says, “but they chose not to. As at this moment, the movie is still on their app, generating money for them. On their Youtube page, they are directing people to download their app and pay $20 to watch the movie. Iroko are still boldly reaping from my sweat.”
Ms. Adesina was quick to point out that, in IrokoTV’s response letter to her lawyers, they did not deny that:
i. the movie “Swings” is an unauthorized adaptation of her story “Beautiful Stranger”
ii. they distributed the movie to their subscribers without her consent
iii. they charged their subscribers $20 to watch the movie
iv. they published the movie on their YouTube page & app without her consent; and
v. they’re going to show the movie on their cable channels (ROK) on DSTV, GoTV & SkyTV (UK).
“Of all the stories I have ever written, “Beautiful Stranger” is the one that is so dear to me,” Ms. Adesina says. “Anyone close to me can attest that I take stories that revolve around cancer pretty seriously. I suffered physically & emotionally to write that story for 84 days & nights, so it hurts me so much to see a brand like IrokoTV reaping from where it did not sow. And doing so very boldly. This should stop.” She continues, “ the dream of every writer is to adapt their story into a movie one day and show it to the world. It’s like seeing your story come to life before your eyes. I am no different, but IrokoTV has killed this dream as it pertains to “Beautiful Stranger”, a story very close to my heart.”
Ms. Adesina concluded by saying she has instructed her lawyers to commence civil and criminal proceedings against IrokoTV and its directors, pursuant to the Copyright Act, 2004. “The courts are the last hope of the common man and I have decided to take my chance at justice,” she says.
The ordeals of Ms. Adesina are rather unfortunate and they mirror what several relatively unknown writers suffer in the hands of the so-called “big players” in the industry. It is Ms. Adesina’s hope that, her resort to court would serve as a deterrent to others who engage in intellectual property infringement.

Femi Kuti reveals what he discusssed with ...